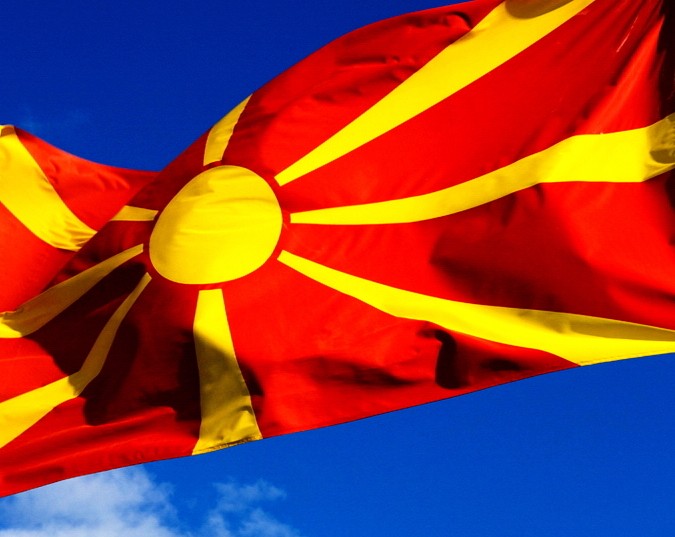 Residents of the Northern Macedonia went to the ballot boxes on the 15th July 2020. The country has held early parliamentary elections, the tenth since its independence and the fifth early elections. These elections were supposed to be held on the 12th of April, but they were postponed due to the pandemic.

The political scene has undergone a lot of changes in the government over the past 30 years, with new parties emerging and disappearing. Usually, the changes were with the renaming of the parties, in the centre of the political scene LSDM and VMRO – DPMNE, the Albanians parties PPD and PDSH, while after the conflict in 2001, there was established another Albanian political party, which stayed on the political scene and in the government (Kerluku, 2020). In these elections, the same parties have been running together as those that were formed years ago, except PPD – which was extinguished years ago (Berisha, 2020).

To win seats in the parliamentary composition of Northern Macedonia, there were 1,578 candidates from 15 political parties and coalitions. The main battle was between the two Macedonian parties, LSDM – former Prime Minister Zoran Zaev, and the largest opposition party VMRO DPMNE, led by Hristijan Mickovski, as well as the two Albanian parties Democratic Union for Integration led by Ali Ahmeti and the Alliance-Alternative coalition led by Zijadin Sela (Kadriu, 2020). For the first time since the country’s independence, a pre-election coalition was formed between a Macedonian party and a party from the Albanian political scene. LSDM and BESA Movement ran together (Kadriu, 2020).

After the closing of the ballot boxes, the State Election Commission (SEC) announced that out of 1,814,236 voters, a total of 942,334 have exercised their right to vote (Anadolu Agency, 2020). According to the State Election Commission (SEC), the participation of citizens in the elections was 51.34%. In the fourth electoral unit, there was the highest electoral turnout of 59.79%, while the lowest was in the sixth constituency, mainly with Albanian voters, where the right to vote was used only by 39.23% of voters (Kadriu, 2020).  The Chairman of the State Election Commission, Oliver Derkowski, stated: „I think that in general, we can be satisfied with the picture we have of this election process,“ (Kadriu, 2020). The Basic Public Prosecutions have announced that they have received ten denunciations from citizens for disrupting the election process. As the cause body informs, the most denounced cases were influential, bribes for voting for certain political parties, while two of the denunciations were for people who photographed the ballot during the voting (Kadriu, 2020). Another incident occurred in this election process, where the website of the State Election Commission of Northern Macedonia did not function from a suspected DDoS attack on Wednesday evening during the publication of the election result, but the authorities in the country did not provide any details (as of 17th July 2020) of who is behind the cyber-attack on the official website of the State Commission (Telegrafi, 2020). While the Citizens‘ Association MOST considers that the time when the attack took place contains indications of suspicion that it was an attempt to undermine confidence in the electoral process (Telegari, 2020).

After the election results, the Coalition „We can“ got 327,329 votes, OBRM – PDUKM and other 315,344 voters, BDI 104,587 voters, Alliance for Albanians and Alternative 81,297 voters, the left won 37,551 voters, PDSH has 13,891 voters, stated the head of the SEC, Oliver Derkowski (Azizi, 2020). In these elections, the Albanian votes for Zoran Zaev’s LSDM were returned to the accounts of the Albanian parties BDI and the ASH-AAA coalition (Ramadan, 2020). These elections leave historical traces for the largest number of Albanian deputies until now, the Albanian parties have 33 seats in parliament, BDI 15, ASH/AAA 12, BESA 14, LSDM 1 and PDSH got 1. Until now, the largest number of deputies was 30 (Ramdani, 2020). Leader Zoran Zaev will have the opportunity to form a parliamentary majority as announced by the analytical centre of LSDM (Telegrafi, 2020). In a press conference the spokesman of the party OBRM – PDUKM, Dimce Arsovksi, stated: „We will require a manual counting of ballots. It is necessary to protect the will of the citizens.“ Expressing doubts about the high number of invalid ballots, over 30,000 (Telegrafi, 2020). While the party „Glaz za Makedonia“ demand that all ballot boxes should be re-opened, recount of votes and expertise of invalid votes (Telegarfi, 2020). The chairman of the State Election Commission, Oliver Derkoski, in an interview with „Alfa TV“ stated that the commission will decide whether there will be a manual counting of votes as required by OBRM – PDUKM (Telegrafi, 2020).

The President of the country, Stevo Pendarovski, through a status on Facebook, emphasized that the elections were calm: „Regardless of who will win, I expect all participants in the electoral process to congratulate each other, as belongs to a democratic country,“ wrote in his status (Kadriu, 2020). Zoran Zaiev, the chairman of LSDM, assessed these elections as very important because they determine the path the country will take in the next four years. While the chairman of the opposition party VMRO DPMNE, Hristijan Mickovski, emphasizes that the participation is important because high participation of citizens represents their desire for change (Kadriu,2020).

The European Union praised the electoral process, mostly the citizens for exercising their right to vote, through a joint statement of the European Union (EU) High Representative, Josep Borrell, and the EU Commissioner for Policy and Enlargement, Oliver Varhelyi. „We are looking forward to work with a strong parliament and a stable governing coalition that must meet the country’s strategic objective of EU integration and address the expectations of its citizens. We are committed to continuing to respond together to the COVID-19 pandemic and its aftermath,“ the joint statement said (Anadolu Agency, 2020).

The US Ambassador, Kate Marie Burns, expressed satisfaction with the participation in the elections: „I am pleased that the citizens of this country are participating in the democratic process. A team from the US Embassy has joined the OSCE civil society and the international election observers, and I will be there with them,“ Kate wrote on Twitter (Kadriu, 2020). At a press conference, the Head of the ODIHR Special Election Assessment Mission, Laima Andrikiene, stated: „In summary, the election was generally conducted effectively, despite adjustments in response to the COVID-19 pandemic, but legal stability was undermined by substantive revisions of the Electoral Code and subsequent ad hoc regulation adopted during the state of emergency.  The campaign, although in a negative tone, was really competitive and the participants were able to convey their messages despite the limitations of normal communication,”(Fazlagikj, 2020).

Formation of the Government

The Constitution of Northern Macedonia stipulates holding of the constitutive session of the Assembly convened by the President of the previous composition, the President Talat Xhaferi, 20 days from the elections. In case the constitutive session is not scheduled, Article 63 stipulates that the deputies can convene themselves and constitute the Assembly on the 21st day of the end of the elections. The president of the country, within 10 days of the constitution of the Assembly, has the mandate to entrust the new Government. It must be entrusted to the candidate who has the majority in Parliament. Within 20 days after being given the mandate, there must be submitted the governing program and the composition of the government cabinet to the Assembly (anews 24, 2020).

During the election campaign promises were given to the citizens of Northern Macedonia, mostly about the change of the standard of living in the country after the elections. Especially, when it comes to the economic aspect because they were promised higher salaries and pensions, investments in infrastructure, but there were also nationalist messages. Also, during the campaign, there was presented audio and video with protagonists of the political scene suspected of crimes and corruption in the country, the battle with accusations is between VMR0 and LSM. The Albanian political scene, for the first time in the history of parliamentary elections in Northern Macedonia, came out with the Albanian candidate for the prime minister post, a candidate from the Democratic Union for Integration Party. The winner of the parliamentary elections, in addition to fulfilling his electoral promises, governance with democratic values, legal stability and a consolidated coalition, must be committed to managing the pandemic situation and its consequences. The new government must meet the country’s strategic goal of the EU integration. Northern Macedonia is officially a candidate for integration into the European Union. The process of integration into the European family awaits the new government.