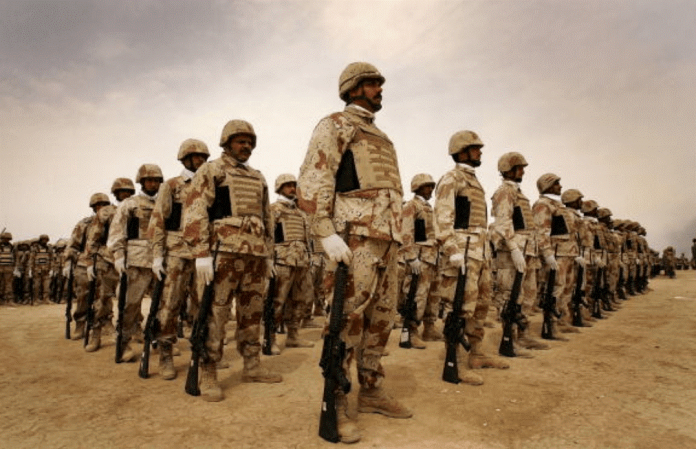 Africa is the world’s second largest and continent with the largest population, just behind Asia. Over the past century, Africa has been marked by many conflicts, wars and genocides. Organized, trained, and equipped military armed forces were emerging or non-existent.

Today, according to available information the countries that make up the African continent are increasing their defense budgets from year to year. Without a properly organized armed force, many African states had to go through a process of rebuilding and reforming the state apparatus. Therefore, this resulted in the establishment and „investment“ in reliable military defense forces.

Of course, these funds for military spending vary from „heavy“ countries that spend billions of euros to those for which there is no data on the African continent. There are 54 countries in Africa, including Madagascar and all the other nearby islands.

Below is an overview of the annual military budgets of 36 African countries ranking the countries from those who spend most. These are funds allocated by official governments to maintain and strengthen a permanent military defense force. The stated statistics refer to the available information on the procurement of weapons, allocations for salaries to soldiers, personnel and administrative costs, research, maintenance and construction, etc.

According to the Swedish Institute for Peace Research (SIPRI), back in 2014 Africa increased its military spending by 8.3%. South of the Sahara, for example, Angola spends more on the military than South Africa. In North Africa, Algeria invests oil and gas money in the military. In 2013, that amount was more than 8.5 billion euros, the largest amount an African country has ever set aside for the military. (Deutsche Welle, 2014)

To illustrate, at the global level, the total annual budget of all African countries is almost the same as the budget that Germany set aside for military forces in 2019.

Looking at countries individually, the United States spends the most on weapons and has invested an incredible 618 billion euros this year alone, which is four times more than the Chinese defense budget, which amounts to about 154.5 billion euros and is the second largest in the world.

India ranks third place in terms of military spending. In 2019 it increased its military budget by 8% compared to the previous year.

It is followed by Germany, a country that has secured 45.7 billion euros for the current year, the largest amount since the end of the Cold War.

After Germany with two billion less „behind the neck“ comes Saudi Arabia with a budget of 43.9 billion euros, while the sixth place was taken by Great Britain with 42.2 billion euros.

In seventh place is France – which in 2019 earmarked 41.4 billion euros for the army, while the Japanese Ministry of Defense has allocated a billion less, 40.4 billion euros.

With 40 billion euros, Russia is only on the penultimate place in the list of the ten countries that spend the most on the army, at the bottom of which is South Korea with 46.2 billion euros. (Majetic, 2019).

Global troop allocations grew faster in 2019 than any year in the previous decade, according to a study published at the Munich Security Conference. Defense spending increased by 4% compared to 2018, and by 4.2 % in Europe, according to a report by the International Institute for Strategic Studies (IISS). „Military budgets have thus reached the level of before the financial crisis of 2008,“ said IISS Director John Chipman.

Growth in Europe can be attributed to concerns about Russia and US constant calls for European NATO members to start spending 2% of their gross domestic product (GDP) on defense. The military budgets increased the most in 2019 by the United States and China, by 6.6 %. Investment in the U.S. military during 2019 was the largest in ten years. (BiznisInfo, 2020).

According to an analysis by Sam Perlo-Freeman, an associate of the Swedish Institute for Peace Research (SIPRI), four regions of the world spend more of their gross domestic product (GDP) on the military than on health.

According to data for 2013, the biggest difference is in the Middle East, where military expenditures amount to 4.6 % of GDP, and health expenditures to 3 %.