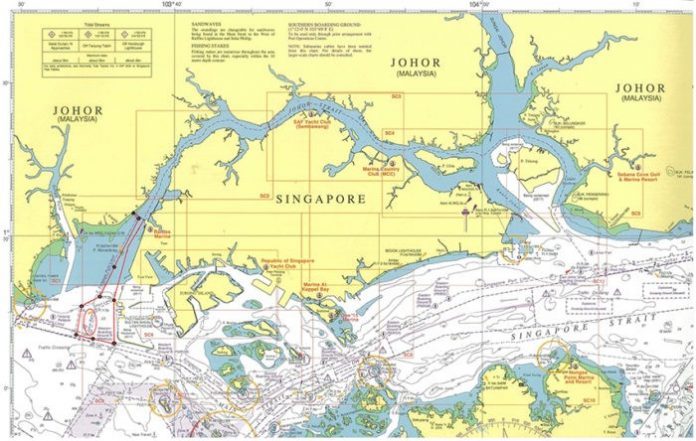 An article from Stephen Chee published in Asian Survey, 1973 inspired me to write about Malaysia-Singapore relations- focusing mainly on a bilateral foreign relation of those two counties after the separation of Singapore from Malaysia in 1965. I’ve had the opportunity to travel to both of those countries and to experience its multiculturalist society and to observe the differences between Malaysia and Singapore starting with economic disparities or cultural and social aspects.

The article will thus focus on the analysis of historic factors that influenced Malaysia- Singapore relations and how they have avoided raising tensions to the point of conflict and determined a current application of their bilateral affairs.

Malaysia and Singapore share a common colonial experience. Malay peninsula has always been an interesting region for further expansion of the British economic interests in the first half of the nineteenth century. The waning influence of the Dutch domination in the region caused by spice trade and after the murder of Sultan Mahmud, the British became a major player in the region. They established themselves in Penang; and in 1819, they created a port in Singapore, whose power and influence were unrivaled by any of the Malay kingdoms. They wanted to ensure the British stability to ensure the outgoing trade began to advise Malay Sultans on how to govern in a ‘civilized’ manner, meaning adopting English law, government and, as much as possible, the way of life (Andaya & Andaya, 1984).

Under the colonial rule, migration flow of Chinese and Indians increased greatly to meet the demand for labor in the colonial enterprises. When the British established the Malayan Union in April 1946, Singapore was excluded. It was instead ruled as a British crown colony. It remained under British rule until the formation of Malaysia in 1963. Since the Second World War, Malaya and Singapore had been forged as a single defense community to protect the British hegemonic interest in the region. The conflict and animosity between the Federation of Malaya and Singapore have occurred long before the formation of Malaysia on 16 September 1963. Singapore was the main competitor to Kuala Lumpur, meaning Singapore was often favored in trade policies. The exclusion of Singapore as a separate Crown Colony from the proposed Malayan Union was partly due to the British divide-and-rule colonial policy and partly because of the fear that the ‘racial arithmetic’ would be unbalanced in favor of the Chinese, thus creating a condition in which the Chinese economic power might expand into political power. The Federation of Malaya created in 1948 which guaranteed “the special position of Malays “creating citizenship provisions in such a way as to limit the citizenship opportunity of the Chinese. Once again, Federal citizenship was not granted to the people in Singapore, of which three-quarters of the population were Chinese (Omar, 2014).

After Malaysia gained its independence from British rule, Singapore feared firstly of increasing pressure from Chinese ‘nationalism-cum-Communism” and secondly because they lacked the strong and stable party system to take over from the colonial regime. However, Lim Yew Hock took over the government and succeeded in negotiations with the United Kingdom that Singapore should become self-governing after 1 January 1958, claiming that International Security Council would be formed of 3 Singaporeans, three British, and one Malayan and actually giving to the representative from Malaya the decisive vote. As a consequence, the Federation of Malaya, already independent, would have a strong voice in the matters concerning the maintenance of public safety and order as well as defense in Singapore (Tael Yul, 1969).

Singapore’s inclusion in the Malaysian Federation was achieved by the first Prime Minister of Malaya- Tunku Abdul Rahman. He successfully fostered and maintained the unification of Malaysia-Singapore under the Federalist framework until the separation of the latter on 9 August 1965. Well, the independence which was gained albeit unwillingly. The separation of Singapore came to be a surprise, as it was barely two years since the Federation of Malaysia was formed in 1963. Because of this separation, Malaysia lost one of the world’s biggest port and one of the most dynamic and highly industrialized units in Southeast Asia and Singapore became an independent and sovereign nation in its own right. Well marked, Singapore’s departure from Malaysia was unavoidable after their turbulent relationship in the Federation of Malaysia. It has enduring effects on the relations of the two countries. The problems stemming from ambiguities in terms of the merger as to Singapore’s role in the federation, and still more so from the profound incompatibilities between the styles and personalities of the leaders of Singapore and Malaysia (Omar, 2014).

Realizing that there was historical baggage contending the relations between Malaysia and Singapore, it thus explained the absurdity of Malaysia- Singapore relations despite being the closest neighboring countries. Besides the historical discontentment, many other factors combined made Malaysia-Singapore relationship a special as well as a complicated, strained and delicate one. This kind of relationship had been going on for almost fifty years and hence many bilateral disparities are expected (Omar, 2014).

The territorial water dispute or maritime dispute have its roots long time ago. To be more precise, the maritime dispute for example has started in 1979, when Malaysia mapped its sea territory, provoking protests from Singapore. The both countries agreed on a maritime boundary in the Johor Strait. However, in 1999, Malaysia published its amendment of Johor Bahru port limits, which corresponded to the territorial sea limits claimed back then in 1979 map. The new moves extend the port limits beyond Malaysia’s 1979 territorial claim.

Lately, in 2002 Singapore revealed its plan to reclaim the sea around Tuas and let Malaysia claiming it would hamper access to its ports and damage the environment in the Johor Straits (KiniGuide, 2018).

The case went to the International Tribunal for the Law of the Sea in Hamburg, Germany on Oct 8th, 2003. A compromise was eventually reached in 2005 where both countries agreed to address the environmental and safety concerns over the Tuas reclamation. As part of the settlement, both parties also agreed to settle outstanding maritime boundary issues through “amicable negotiations.” However, the Malaysian government has officially taken a position as if those negotiations have not taken place. In the meantime, both sides have declared precise boundaries for their ports, but have avoided the waters off Tuas due to the continued ambiguity. This resulted in a gap area between the Johor Bahru port limit and the Singapore limit which is not controlled by any port authority. Nevertheless, both Malaysia and Singapore still claim it as their territorial waters (KiniGuide, 2018).

In 2018, the Malaysian Marine Department made a change to the port limits of Johore Bahru Port, extending its limits to southernmost state. At the same time, Singapore commented that they do not recognize the expansion and the port’s limits. As a result of the conflict at the time, both sides were dispatching patrol boats, government-owned vessels and warships into the disputed area. One of these patrols even ended in a collision with a civilian vessel. In return, Singapore extended Tuas‘ formal port limits to cover the same area, out to the edge of the Singaporean maritime boundary claim (Safety4sea, 2019).

I gave an example only of one recent conflict to illustrate bilateral relations between both countries that have been marked by extensive tension. There are however, numerous examples of other issues starting from the price of water, Malayan Railway (KTM) Land in Singapore and CIQ, land reclamation or military aspects. They have been given names like ‘prickly’, ‘frosty’, ‘wintry’, ‘sticky’ and ‘tempestuous’ ever since Singapore separated from the Federation of Malaysia. Problems that arise are hovering in terms of needs and demands for the internal respective of both countries. The reclamation issue was another issue which had a great negative impact on the relationship between Malaysia and Singapore and it has brought more burden on Malaysia. Shortly described, due to these activities, the maritime routes became shallower and narrower, which caused merchant ships that use Malaysian water to Tanjung Pelepas Port to shift to the Republic. Besides that, it also had a negative impact on fishermen in Johor, ruining their otherwise good catches. Strong waves generated by the development caused the sea banks to become narrow, and movement of sand in the sea occurred (Omar, 2014).

Relations between Malaysia and Singapore have its ups and downs. They can manage tension, have relatively good relations and solve problems mostly calmly, such as through negotiation and arbitration. Leaders of the two countries attempt to overcome barriers and try to make it possible for them to maintain neutral relations. Clearly some underlying factors that influence Malaysia and Singapore relationships are caused by the historical background. Relations are thus very fragile and are very much influenced by their historical backgrounds. „But despite all the outgoing issues between countries, up to now they figured out how to deal with the reality of being two neighbors and to suppress the history that clearly created barriers in their bilateral relationships.“ (Omar, 2014).

The tensions may continue to take place since there are lot of unresolved issues, but hopefully they will continue to choose the soft negotiations over military attack.