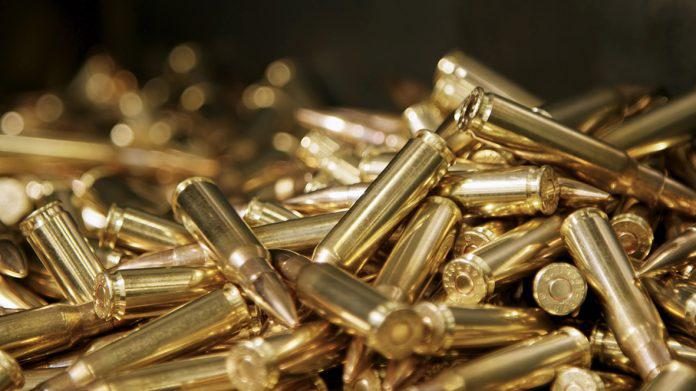 The term „dedicated“ in the area of ​​ex-Yugoslavia referred to an industry that was once a defence system and produced aircraft, complete combat equipment, weapons, ammunition, accessories, parts and the equipment necessary for the Yugoslav People’s Army (JNA). We will be using the term „military industry“. In the past ten years, since 2010, the military industry of Bosnia and Herzegovina has been experiencing and undergoing a process of investment, recovery, modernization of its facilities in order to return to the old glory that it once had in the world. The products are high quality, appreciated and sought after by world customers.

There are currently a total of 16 military industry companies operating in Bosnia and Herzegovina producing weapons, ammunition of various calibres, equipment and accessories. Thirteen of the factories producing ammunition, weapons and related equipment ale located in the BiH entity of the Federation of BiH (FBiH). Six of them are privately owned – „Pobjeda Technology“, „Pobjeda Rudet“ and „AC Unity“ from Goražde (East BiH), „Koteks“ and „Daniel S“ from Tešanj (North BiH) and „Guma-co“ from Bugojno (Central BiH). The largest factories owned by the FBiH Government are „Binas“ from Bugojno, „BNT-TmiH“ from Novi Travnik, „Unis Ginex“ from Gorazde, „Igman“ from Konjic (South BiH), „Pretis“ from Vogošća near Sarajevo, „Vitezit „From Vitez (Central BiH) and“ Zrak“ from Sarajevo.

Three of the factories in the field of production of weapons and military equipment are located in the BiH entity – Republic of Srpska, namely: „Kosmos“ from Banja Luka whose main activity is the overhaul of radar and missile systems, „Tehničko-remontni zavod Bratunac“ (East BiH) which, in 2018, presented the first armoured vehicle of domestic production in BiH – „Despot“ and pistol „Vampir“; and „Orao“ from Bijeljina (East BiH) focused on reparation and production of aircraft turbojet engines.

One large pre-war ex-Yugoslav military factory collapsed in Bosnia and Herzegovina – the Mostar’s „Sokol“ Mostar, a company that produced aeroplanes and was the pride of the military industry of the former Yugoslavia (Radio Free Europe, 2020).

This industry that was once in the lead, during the former Yugoslavia, was then almost destroyed during the war in Bosnia and Herzegovina. Until 1992, the primary buyers of weapons and military equipment produced in BiH were mainly the countries of the Middle East, among which Iraq stood-out, but also India and African countries such as Libya, Uganda, Somalia.

Today, in 2021, Bosnia and Herzegovina exports weapons, ammunition, their parts, accessories and equipment to 42 countries. The biggest buyers are Arab countries like Saudi Arabia and Egypt.

In 2020, the same and increased revenue is expected. The covid-19 pandemic initially slowed the production activities, but in the second half of 2020, the industry reached the set plans. According to the data of the Foreign Trade Chamber of BiH (VTKBiH), the products of the purpose-built industry from BiH are primarily taken over by Egypt and Turkey. In the first nine months of 2020, Bosnia and Herzegovina exported more than three and a half million kilograms of weapons and ammunition worth EUR 64.9 million. From the beginning of 2020 until the end of September, Egypt imported weapons and military equipment from BiH in the amount of one ton and 114,727 kilograms, totalling the value of EUR 21.3 million. The second-largest importer of BiH ammunition is Saudi Arabia, then the United States, Turkey, Switzerland, the Czech Republic, Kuwait, Algeria, Bangladesh and Iraq, according to the Foreign Trade Chamber of BiH (VTKBiH).

Products of the military industry of Bosnia and Herzegovina

The most sought after export product within the BiH military industry was ammunition calibre from 5.56 to 155 millimetres, while in much smaller quantities and monetary value were exported explosives, weapons, parts and equipment (Business magazine: A, 2020).

In mid-November 2020, the weapons and ammunition factory „Binas“ from the Bosnian city of Bugojno introduced new ammunition – 40 mm grenades (TVN1.FENA, 2020). This ammunition is compatible with the GMG 40 mm HV automatic grenade launcher from „Heckler & Koch“ and „AGL Mk 19“ from Saco Defense Industries, etc. This ammunition has a successful effect on light anti-tank vehicles with a range of up to 2000 meters. It is offered in variants for different combat actions.

The „Igman“ Konjic factory produces ammunition of 5.56 mm, 9 mm, 7.62 mm and 12.7 mm calibre. For the 69th anniversary of the „Igman“ factory, on March 6, 2019, a plant for the production of pistol ammunition was put into operation. This represented an investment of about EUR 7 million with a planned production capacity of 50 million bullets per year. Interestingly, „Igman“ is able, as director Muratbegović says for RFE, to produce ammunition at the same time according to the eastern (Russian) and western (NATO) standards and there are not many factories in the world who can manage that. At the same time, they can produce standard ammunition used by NATO forces and non-standard ammunition such as hunting ammunition. The ammunition has been produced at Igman since 1950 and during those seven decades, the quality of the product has never been questioned (Business magazine: B, 2020),

„Tehničko-remontni zavod Hadžići“ has produced the first BiH RPG7 hand-held rocket launcher in cooperation with a dozen companies from the military industry. The first domestic hand grenade launcher, manufactured in TRZ Hadzici under the designation RPG-7 MX2 modelled on the Soviet RPG-7, is perhaps the most popular weapon used for fire support and anti-tank combat at the lowest tactical levels. The same factory is in the development phase – an automatic grenade launcher 40 × 53 mm together with a single-shot grenade launcher 40 × 46 mm, whose technology has already been conquered, will surely have its customers on the world market as it is a fire system which allows units at the lowest tactical level to solve fire tasks that artillery had to solve before. The introduction of high firepower in infantry units, platoons and companies not only shortens the response time to the threat because there is no need to require support from another unit but also relieves the artillery from inexpedient and unprofitable tasks. The company also produces Kevlar helmets, protective military and police equipment and parachutes for lighting projectiles.

Kompanija Bratstvo Novi Travnik – Tvornica mašina i hidraulike (BNT-TMiH) has developed a prototype of the first modern artillery weapon produced after the war in Bosnia and Herzegovina. It is a self-propelled howitzer, a weapon that is almost entirely a BiH product. Two types of howitzers are mentioned in the BiH media – H-155 mm and H-122 mm (BiznisInfo: B, 2017).

The Government of the entity of FBiH has given its consent to the company “Danial S” d.o.o. for the introduction of the production of protective/ballistic vests and protectors for military and police forces in the existing company from the joint list of weapons and military equipment.

The company „AC Unity“ from Goražde produced the first Bosnian rifle that was tested in Norway and received the NATO code. It meets the standards used by NATO and all countries that aspire to join the NATO alliance. The process of codification of weapons according to NATO standards implies the naming, classification, description and purpose of weapons. If all these items meet NATO standards, the weapons will receive a 13-digit code, according to which the weapons are purchased, stored, transported and maintained. The fact that this BiH rifle received the NATO code, implies that it can now be sold anywhere in the world without any obstacles, which is a huge success for the BiH dedicated industry. The rifle is called AC Alfa SMG 6. Other rifles produced in the Gorazde company AC Unity are AC Alfa SMG1, AC Alfa SMG2 and AC DL 44 A1, and their purpose is to control crowds:

„Tehničko-remontni zavod Bratunac“ from the BiH entity – Republic of Srpska in 2018 presented the first armoured vehicle of domestic production in Bosnia and Herzegovina – „Despot“ and pistol „Vampir“.

Growing interest in the production capacities of the BiH military industry

The aforementioned „pieces“ of military weapons, equipment and accessories may not be world novelties. However, in the context of the war-devastated BiH economy and the period of about ten years ago, it can be concluded that with its products, the BiH military industry is on its way to establishing itself on the world market. The interest in partnership, cooperation and investments in this sector of the BiH economy is growing at the regional, European and world level.

This is supported by the visit and the expressed interest of Turkish investors – the company „Ateşçi“ from the Republic of Turkey, which in late November 2020 held a meeting with representatives of the City of Živinice and the Government of the Entities of the Federation of Bosnia and Herzegovina. The construction of a factory for the military industry in the area of ​​the City of Živinice (Tuzla Canton) was discussed, for the realization of which the Turkish company „Ateşçi“ allocated funds worth about EUR 35 million. Teams of the Government of entity FBiH, the City of Živinice and investors from Turkey have been formed, which will immediately start with the preparatory administrative works and project documentation necessary for the realization of the project (Biznisinfo: C, 2020).

Furthermore, on the first day of February 2021 in the Central Bosnian Canton (SBK), the explosives factory in the town of Vitez „Vitezit“ was sold to the company „Winsley defence group“ owned by the Croatian arms dealer Zvonka Zubak. In the past, the Vitezit Business System was engaged in the production of nitroglycerine, plastic explosives, and gunpowder. According to the portal Večernji.ba, it was sold for a little over EUR 5.5 million. After three unsuccessful public sales, the Winsley Defense Group branch from Odžak (BiH), represented by lawyer Ivica Dragun, became the owner of the most important parts of the company producing nitroglycerin, plastic explosives, test site, machines and plants, warehouses and other premises of the Bankruptcy Business System. The new owner of „Vitezit“, Zvonko Zubak, announced that he would restart production within 18 months, employ almost 500 employees and invest EUR 65 million in the company that should produce four thousand tons of gunpowder a year (tPortal.hr, 2021).

It needs to be mentioned that at the end of 2013, the American company „Howell Machine“, which deals with the production, development and trade of weapons and military equipment, signed a memorandum of strategic understanding and partnership with the Government of the entities of the Federation of BiH. It is a so-called GOKO model (Government-Owned, Contractor-Operated) of cooperation, where the state remains the majority owner, and Howell Machine manages, invests and returns the invested funds through its work, while the technology also remains with the domestic company, its majority owner and small shareholders. The cooperation implies the opening of new plants, but also the conquest of new markets. The memorandum stipulates that the project will last for ten years (SEEbiz, 2013).

A similar model of partnership between government and private companies in the military industry is operating successfully in the United States. The mentioned model raised from the grey of the BiH economy several companies of the military industry of Bosnia and Herzegovina that produce tools, weapons, ammunition, equipment and accessories according to NATO standards. It is to be assumed that BiH wants the Planet Earth to have as many „military exercises“ as possible in the future, however, not the real ones.