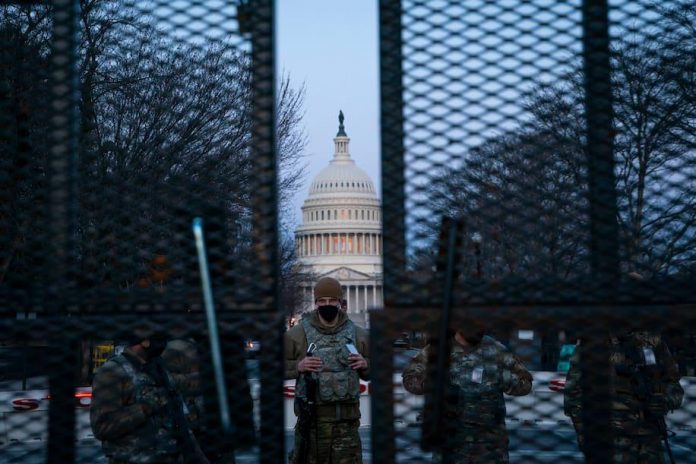 Democracy is in retreat around the globe according to the latest annual Freedom House report.

The most dramatic decline in the ranking belongs to Kyrgyzstan, where the 2020 parliamentary elections sparked protests after the results showed that only pro-government parties secured seats in the government. There have been numerous reports of irregularities including vote-buying schemes and busloads of people shipped in to vote at strategic locations where they had been fraudulently registered (Murtazashvili, Wood, 2020). All of this led to the annulment of the parliament and takeover by the populist and nationalist Sadyr Japarov who is now ruling the country in the direction of the former authoritarian Soviet republic (Khurshdyan, 2021). The outcome of the events is that Freedom House has given Kyrgyzstan a judgment as “Not Free”, therefore a decline compared to the last years´ “Partly Free” rating (Freedom House, 2021).

Another important fact is that since 2019, pro-democracy protests rocked various parts of the world. In countries like Algeria, Belarus or Hong-Kong, the regimes were taken by surprise and afterwards have regained their ground by arresting, prosecuting demonstrators, passing new restrictive laws and in some cases ending in brutal crackdowns on protesters (Rapucci & Slipowitz, 2021). Out of 39 countries that have experienced pro-democracy protests in 2019 and used the politics of fear and violence against the protesters, 23 saw their scores decline the following year. What contributed to this decline were the anti-democratic and restrictive measures taken by the governments in order to hold on to their power.

The most interesting decision that Freedom House has taken was probably downgrading India from “Free” to “Partly Free”. The report highlights the steady erosion of democracy in India under the prime-minister Modi. The government has increased pressure on certain human rights groups, intimidation and harassment of journalists and academics and started introducing policies that harmed religious minorities, particularly Muslims (Rapucci & Slipowitz, 2021).

The coronavirus pandemic has also contributed to the democracy decline in several governments from Hungary to the Philippines. These countries have used the pandemic to quiet dissent, ban demonstrations and undermine political transparency. According to Sarah Repucci, one of the co-authors of the Freedom House report, have said that “The impacts of these measures will outlast the health crisis and lead to limits on freedom ling into the future” (Rapucci & Slipowitz, 2021).

The United States are still classified as “Free”, however the country fell down three points finding itself closer to countries like Romania or Panama than its Western European partners. The reason for the rapid US decline since 2016 was the Trump presidency (Rapucci & Slipowitz, 2021). Fortunately, there are expectations that the negative impacts of the Trump presidency will reverse with the change of the White House administration. Since Biden came to power, there have been introduced plans to recover damaged relationship with world partners and enter alliances that the USA left because of Trump nationalistic policies.

The four years of the Trump administration were represented by pardoning official malfeasance, disregarding his accountability, transgressions and encouraging racist and right-wing extremists have left their mark on the democracy index. The outgoing president openly presented his opinion on an illegal overturn of his loss at the polls giving his support to the armed mob to disrupt Congress certification of the results (Rapucci & Slipowitz, 2021). The final weeks of Trump presidency featured an unprecedented attack on one of the most influential democracies.

The wealth gap between white and black American families has grown and the long-running disparities in education and housing increased. The black house-ownership continues to fall since 2004. Homeownership is the cornerstone of the wealth and prosperity of the American middle-class (Collins, Hoxie, Terry, 2019). In the U.S., the federal minimum wage has not been raised in over a decade. Contributing to all of this is also the coronavirus pandemic, which has caused massive layoffs (Ingraham, 2021). The Trump administration actions disrupted the basic principles of democracy and left the most influential democratic country vulnerable to further decline in the democracy ratings.

The Trump administration of creeping authoritarianism has produced one of the most rapid paces of democratic deterioration. In terms of individual freedoms, the US is now approaching countries like Romania and Panama and moving away from its Western European partners such as France or Germany (Christopher, 2020).

The Freedom House report points out how inequality and authoritarianism reinforce each other. Researchers have found that when people justifyunable to improve their economic situation through hard work, they may become to believe that system is rigged. Many become more likely to support authoritarian populist leader giving big promises of easy ways to solve problems and “making America great again” (Association for Psychological Science, 2019).

The main message of populist leaders has historically been that the common people are being exploited by the privileged elite (Igraham, 2020). But more often authoritarian leaders bring pursue of power with them and decline in the economy (Bellinger, Son, 2019).

Khurshudyan, I. (2021). After Kyrgyzstan’s third uprising in 15 years, a nationalist who was sprung from prison is elected president. The Washington Post. 11. 01. 2021 (https://www.washingtonpost.com/world/europe/after-kyrgyzstans-third-uprising-in-15-years-a-nationalist-who-was-sprung-from-prison-is-elected-president/2021/01/11/1ed36db8-503c-11eb-a1f5-fdaf28cfca90_story.html).

Christopher, I. (2020). The United States is backsliding into autocracy under Trump, scholars warn, The Washington Post. 18. 09. 2020 (https://www.washingtonpost.com/business/2020/09/18/united-states-is-backsliding-into-autocracy-under-trump-scholars-warn/).