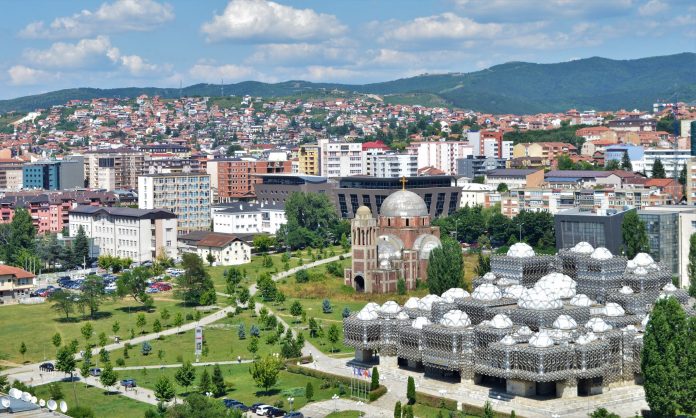 While approaching the Slovenian EU presidency for the second half of 2021, the spectre of redrawing borders is haunting Southeast Europe. The much-debated ‘non-papers’ have yet again sparked fear after the 2018 attempt to successfully finalise the Kosovo-Serbia reconciliation process through a ‘land swap’.

It goes without saying that old-fashioned ideas have not faded away while the EU’s enlargement eastward remains far from decompressing stabilitocracies by achieving solid consensus from within the region. Suspicion has fallen on the authenticity, authorship and even the concrete existence of the so-called ‘non-papers’ documentation. Yet,, perhaps unsurprisingly, the allegedly leaked and unsigned ‘non-papers’ seem more likely to suits external players such as Russia, Turkey and China than those Balkan countries and local populations rumoured ‘to be swallowed up’ and ‘swapped’.

There is little doubt that the ‘non-papers’ unveil a malignant legacy that apparently reaches and circulates the EU’s highest circles. In fact, it comes as a no surprise that such ‘non-papers’ are known to the Brussels offices.. According to many scholars and policymakers, what casts dark shadows on some regional players and (foiled) potential plots behind the EU agenda, makes also room to these suspicious documentations, which are seemingly about to stay as far as they will not completely rebutted from high politics debates.

If it is true that history repeats itself as a tragedy and later as a farce, the ‘non-papers’ reflect the second stage of such historical repetition. However, the issue here at stake remains too serious to be overlooked or simply discarded from the political roundtables. Perhaps, the contested publication of the latest two ‘non-papers’ unravels the vested interests of testing and measuring the reaction of the EU member states for a potential series of border corrections, as well as exploring the potential reactions on the ground.

The first ‘non-paper’ takes allegedly the ownership of the Slovenian Prime Minister, Janez Janša. Although the text has been apparently handed to Brussels without any proper diplomatic articulation, border corrections across the Western Balkans should have the purpose of forming a fragmented yet arguably more stable and functional region. In particular, Bosnia and Herzegovina, North Macedonia and Kosovo are the three national subjects to be swallowed up by their neighbours: Serbia, Albania, and Croatia, respectively. A second dimension of the ‘non–papers’ was published by the media in Kosovo. In being much better drafted, it predicts reaching the final agreement at the end of 2022 between Serbia and Kosovo by advocating the formation of a separate region for Serb community municipalities in northern Kosovo. Despite the fact that this document was claimed to have been drafted by Germany and France, which have however denied any potential and direct engagement with this plan, this documentation cannot but take inspiration from the similar proposal that in 2018 summertime had spanned the public spheres of both countries.

At the same time, the second ‘non-papers’ document discards the Kosovo-Serbia reconciliation process and the final recognition of Kosovo’s statehood. Similar to the 2018 proposal in support of a ‘territorial swap’, the legacy of ‘non-papers’ might not only go hand in hand with the disturbing phenomenon of undermining multiculturalism and sovereignty in the region. It also delegitimises Kosovo’s statehood as well as undermine that fact thatethnic Serbs do not only live in north Kosovo, but in a much larger number of municipalities and rural areas that would fall out the partition project without being fully included within the Kosovo’s system. Among others, this aspect disloses a rather contradictory and useless aspect of the ‚non-papers‘ plans, , which would paradoxically add a political burden for the locals and be beneficial only for national élites.

While Kosovo’s 2008 declaration of independence had strained relations with Serbia, the European Union’s was keen on facilitating the dialogue between Pristina and Belgrade. Launched as a technical process of reconciliation, since October 2011 the ‘Brussels Dialogue’ began to regularly bring the two counterparts to the negotiation tables. After achieving some concrete results in the biennial 2013-2015, the contentious idea of a ‘land swap’ in 2018 generated a mobilisation of civil society organisations and scholars from both countries, the region and beyond. While the all-in-one-peace solution would have achieved a full-fledged reconciliation, the ‘land swap’ proposal could not but cast long shadows on Trump’s envoy Richard Grenell. Criticising the allotment of the Serb-majority areas of North Kosovo to Serbia in exchange of the Albanian-inhabited Valley of Preševo in the southernmost Serbia to Kosovo, questions were raised of how possibly an unorthodox approaches could finalise and achieve a full-fledged reconciliation.

For both Serbia and Kosovo everything comes with it, however. At present, the reconciliation process is mostly guided by the US President, Joe Biden, and the European Union, which has appointed the Slovak diplomat Miroslav Lajčák as their special envoy. The list of priorities is constantly changing for Pristina and Belgrade: while the new Prime Minister of Kosovo, Albin Kurti, has set the dialogue only as fourth priority during the election campaign, the Serbian President, Aleksandar Vucic, has expressed his readiness to continue the negotiation process. Similar to Kurti’s political agenda, Vucic’s priorities have very little to do with finalising the reconciliation plans with Pristina and recognising Kosovo’s sovereignty. Focusing mostly on the upcoming presidential elections to be held in 2022, Serbia will undoubtedly postpone a potential finalisation of the “Kosovo question”.

In between, the European Union considers the ‘Brussels Dialogue’ as a top-priority for both Pristina and Belgrade and a pivotal issue for the EU Enlargement. The delegations representing the two Balkan countries in Brussels will meet this upcoming June: the Prime Minister of Kosovo, who will lead the Kosovar delegation, has already presented a list of conditions for resuming the dialogue with Belgrade. Based on the conditions, Serbia must acknowledge war crimes and Kosovo’s independence while both negotiating parties must be treated equally. Moreover, while on the one hand the President of Serbia has expressed his readiness to continue the dialogue to reach an agreement under the name of “compromise solution”, on the other hand he has not given the impression to change his position on not recognizing the independence of Kosovo. Under these circumstances, a final comprehensive agreement is far from being achieved.

Beyond any doubt the ‘non-papers temptation’ represents neither a ‘way out’ nor a ‘way forward’ the Western Balkans. While the latter would directly contradict the European Union’s liberal values and thereby hitting the pillar of multiculturalism and sovereignty, the former would quickly escalate a series of territorial diatribes and controversies that would very likely unfold opposite results than those expected.

The dialogue process remains one of the regional top-priorities for the region in praise of a final agreement that would serve peace in the Western Balkans and the European Union, too. While Serbia would pave the way for a successful and faster integration process into the European Union as a new member, Kosovo would finally resolve its international subjectivity and having recognised its membership in the United Nations and other international organizations. Along the way, there is little doubt that the European Union and the United States should improve coordination and cooperation. As mediators, they should better support the negotiation process with the sole intent of the reaching a comprehensive agreement in praise of the citizens of both countries and the international law.

In this regard, the role of international allies is centrally paramount: addressing Pristina and Belgrade, the US President Joe Biden, and the German Foreign Minister, Heiko Maas, would emphasize the win-win solution over a mutual recognition. If so, Belgrade and Pristina should change their negotiation approach and accept the historical need for a beneficial compromise.