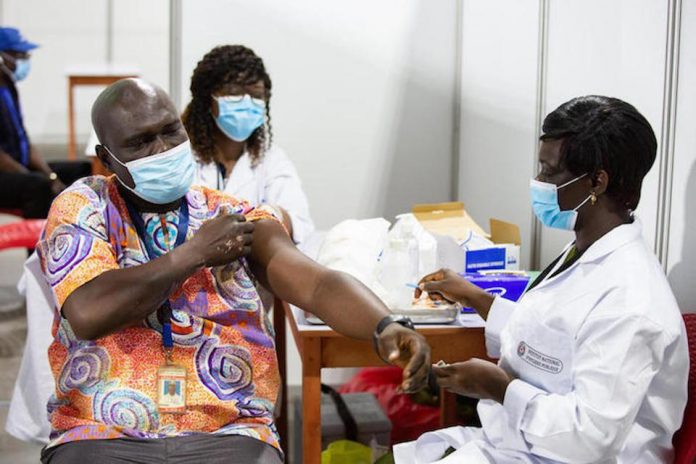 Shortly after it became clear that the way out of the Covid-19 pandemic is worldwide vaccination, representatives of Western countries pledged to assure equal distribution that would not discriminate against poorer developing countries. European Union, known for its solidarity and development partnerships with African countries was one of them. However, what we are seeing right now is a tremendous lacking in vaccine rollout in African countries. The article primarily focuses on the EU’s role in vaccine rollout in Africa.

The problem with African vaccination

At the time of writing this article, the first dose of the Covid-19 vaccine was administered to only 1,39% of people in Africa. In comparison with EU’s 27% and US 47%, it is an alarmingly low number. African countries, together with poorer regions in Asia, have been calling out the unfair system of vaccine distribution that favours those who have more money and can afford to secure supply from various producers. In addition, vaccines are mostly produced in Western countries that have prioritized supply for their own governments. When shortages hit the EU back in the first months of 2021, European Commission decided to halt its planned donation to low and middle-income countries and instead secure its own rollout. Although this decision may be understandable, experts from WHO have expressed their fears about the possible spread of the virus on the African continent warning that African countries are playing for time. South Africa was among those who were for months calling for WTO to grant temporary patent waivers so the production of vaccines and some crucial medicaments could be done in the countries outside of the EU and North America (Al Jazeera; 2021). This could help speed up the vaccine rollout, however, the problems are in the protection of competition and intellectual property rights that Western countries want to secure even during the global pandemic. The USA has only now announced it would support the waivers.

Right now African countries are justify depending on the COVAX programme, which should however only provide vaccines to 20% of the population, backed by the UN that provides redistribution in Africa (Kew; 2020). Since the speed of vaccination in the EU increased, it could be able to provide promised donation during summer 2021. It is, however, unclear when will Africa be able to secure collective immunity. What is certain is that it is significantly behind Western countries, which shows unequal redistribution of power and access to needed goods.

Another phenomenon that scholars and analyst have noticed is the vaccination diplomacy that world powers are using to enhance their soft power in international politics. China and Russia were quick to realise that sending Sinopharm, Sputnik V respectively, to the developing countries is going to have a significant effect on their perception in those states, especially in competition with Western states. European Union is, in this matter, lacking behind. Both the EU and the USA have therefore accused their rivals of using vaccines as a foreign policy tool to gain prestige not only in the global South but also in Eastern and Central Europe (Jennings; 2021). The scientific community has also expressed its concerns about the safety and effectiveness of those vaccines. Africa with such a slow speed of vaccination is however willing to take that risk, especially when China is providing vaccines in form of free donation rather than selling it.

It could be argued that the EU has partially missed its chance to prove its capability to ensure health safety in Africa. The distribution of vaccines was a great opportunity to gain what it has been recently losing in Africa – trust. However, China has been quicker in providing help and support, which could lead many African countries to further diversion from the partnership with the EU. While producers like China, Russia and India were exporting even at the expense of their own citizens, European Union has taken a different approach and decided to secure rollout inside the bloc first. While it may be seen as a logical step, it sends a signal to the developing countries that were promised help and equal approach by European representatives last year. Africa is once again the centre of great power competition.

Jennings, M. (2021). Vaccine diplomacy: how some countries are using COVID to enhance their soft power. The Conversation. 22. 02. 2021 (https://theconversation.com/vaccine-diplomacy-how-some-countries-are-using-covid-to-enhance-their-soft-power-155697).