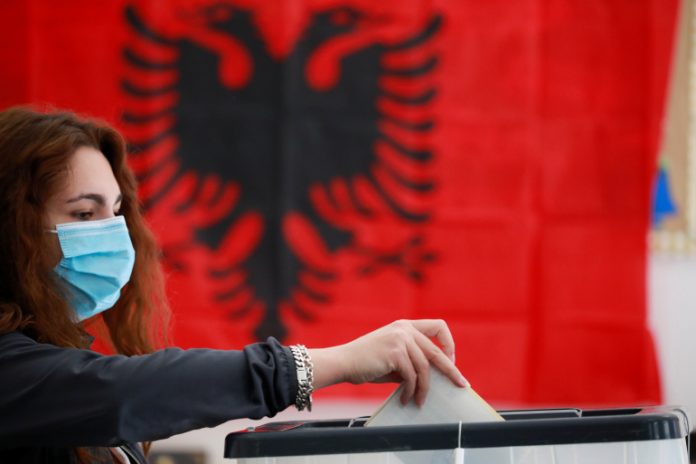 The tenth general parliamentary elections since the beginning of political pluralism and the fall of the communist system in Albania were held on the last Sunday of April 2021. The Albanian political scene introduced two new political parties and five independent candidates. A total of 10 political parties ran in the elections. Out of 3.6 million eligible Albanians, 48.59% of voters exercised their right to vote by going to the polls to elect 140 deputies in the Albanian Parliament. According to the highest legal act in the country, the Constitution, the right to form the government goes to the winning coalition or a party with a minimum of 71 seats in the Assembly.

How the electoral process is evaluated, and for whom did the Albanians vote

Political analyst Alkida Lushaj, states that the parliamentary elections were conducted with successful progress and helped create a calm environment, especially during the election day. It was an all-inclusive and consistent process. The atmosphere before and after the elections brings hopes for the fulfilment of many internationally accepted standards and further promotion of Albania’s integration into the European Union (Lushaj, 2021). The opening of the ballots brought many surprises in the final result published by State Election Commissioner Ilirijan Celibashi. The socialist party has 74 seats winning 8 constituencies, the democratic party has 59 seats winning 4 constituencies while the SMI has only four deputies and the PSD three deputies. Eighty-three thousand ballots were declared invalid (TV KLAN, 2021).

According to Lushaj, the claims for invalid votes are numerous but it is alleged that the invalidity of these votes came because the candidates were marked with numbers on the ballot paper. One of the factors is also the fact that they have been deliberately invalidated by the commissioners in favour of the Socialist Party, but the decisions of the Prosecution for invalid votes should be awaited (Lushaj, 2021).

The Socialists are the winners of this election with 74 seats winning also the right to form the Government. The Democrats have a higher number of seats in the assembly (59) compared to 49 they had in 2017 but the Socialist Movement suffered the biggest loss with only 4 mandates, out of 19 in the previous elections.

The large turnout in the elections showed that Albanian citizens voted for a change, believe in a change and expect a change. However, the new candidates did not win the mandate of a deputy. We can still see the greatest „loyal“ support of the Albanian voters to some old political figures in the Albanian parliament. This is where the deeper discussion regarding the level of emancipation of Albanian society begins. We can see the reflection, evaluation and support of new candidates or new parties. On the other hand, the Albanian voters stayed loyal to the two main political parties in the country despite having different options and platforms to vote (Lushaj, 2021).

A leader is required for the opposition

The largest opposition party in the country, the Democratic party, decided to burn the seats in the assembly and leave the legislative institution. Did such a decision pave the way for the results of the elections? It is this dilemma that opened the debate and the dissatisfaction within the party. Not too long after the elections, the Democrats began the internal election process to elect the party leader. The Democratic Party is going through a difficult period because the historical leader of the party Sali Berisha, has been declared a „non grata“ person by the United States of America. Dissatisfaction has also appeared in the Socialist Movement led by Monika Kryemadhi. According to Alkida, it is time for reflection. Loss can never be considered a failure but a reflection and drive for improvement. The same can be said about the leaders of the opposition parties. The reflection should challenge the role of the opposition to the Rama government and pay closer attention to the problems of the citizens (Lushaj, 2021).

The President of the country, Ilir Meta, considers important the total amount and recount of the votes to increase the trust of the citizens (TV KLAN, 2021). The Democratic Party considers the elections undemocratic. The chairman of the party Luzlim Basha, disputed the preliminary election results, accusing the Socialist Party of buying votes and declaring thousands of votes invalid (Kraja, Gresa, 2021). Alkida emphasizes that the Democratic Party has to accept defeat and manoeuvre it to serve its growth rather than its weakening as well as work on reform within the party (Lushaj, 2021).

After the election results, Edi Rama stated that he will be the Prime Minister of all citizens of the country, expressing readiness for cooperation with opposition parties. A difficult possibility of cooperation between the political classes is expected by the political analyst. Starting from the political tradition in Albania after the 90s with the fall of communism, Albanian society is accustomed to the two-fight struggle of the two main political parties, Democrats and Socialists. In very rare cases have they agreed to sit at the same table to cooperate. Edi Rama’s different confrontation and approach with the opposition leader Lulzim Basha is seen as a difficult opportunity for cooperation (Lushaj, 2021).

The international allies demand respect for the will of the citizens expressed in the ballots and accepting the election results. The United States and the European Union have congratulated the winner of the elections, Edi Ramen, expressing their readiness to cooperate in the continuation of the country’s reforms to the rule of law and the European integration process and also congratulated the opposition to the democratic campaign.

The citizens of the country legitimized the socialist party lead into its third term for the next four years. The third term puts Edi Ramen in front of great responsibility for changes that citizens expect, to write history as he stated. Such a commitment will test the next four years of government. The country faces many problems. The previous government has been criticized for lack of anti-corruption reforms and a fragile justice system, involvement in organized crime and a large wave of emigration of Albanians to European Union countries.

In the last term, the largest opposition party – Democratic Party justify the Parliament. The opposition, therefore, did not offer a real alternative other than a boycott. The opposition parties must stay in Parliament during this upcoming term and play the role of the opposition. The election results are a clear message to opposition parties that needed reform as this is not the victory of the socialists but the defeat of the opposition. This does not offer a good governing alternative to gain the political will of the sovereign. The leading Socialist Party must cooperate with the opposition as some laws cannot be passed in the parliament without 84 votes of deputies. The political unity between parties is the principle of a democratic state with aspirations for European integration. Albania must be governed in the spirit of political unity for a European future.

Alkida Lushaj is working as Programme Manager at Westminster Foundations for Democracy. She has previously been working as an Assistant Lecturer at the University of New York Tirana, teaching ”Topics in Security Studies” and ”American Government and Politics” courses; advisor of an MP in Albanian Parliament, and held internships in Albanian Parliament, Ministry of Foreign Affairs of Albania, and UNDP/IICPSD in Istanbul. Alkida holds a three-year Bachelor’s Degree in Political Science from the University of Tirana, a two-year Master’s Degree in Diplomacy and International Relations in the EU from the University of Tirana, and a two-year second Master Degree in “European Studies – Eurasia” from Istanbul University. Fully dedicated to research, Alkida Lushaj is the author and co-author of numerous articles, studies, and publications addressing political and social issues.