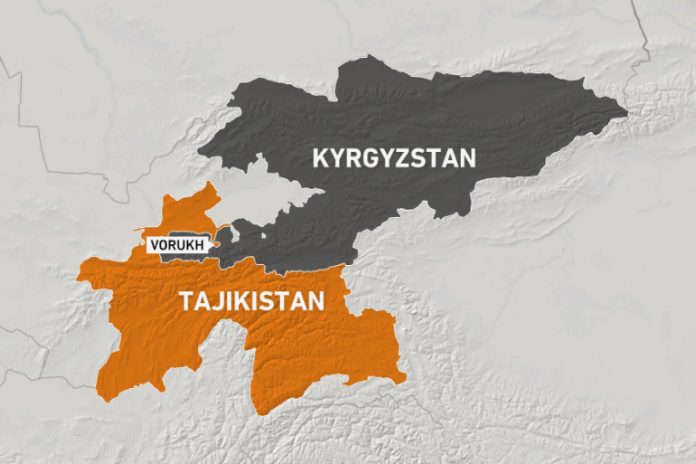 Earlier this year, at the end of April, the world witnessed deadly clashes between the Tajik and Kyrgyz civilians and military personnel in the area of their shared border. The reason for this smaller skirmish was officially the source of the water and its availability, respectively problematic ownership and location. Clashes justify a few dozens of killed, hundreds of injured and thousands of displaced citizens. This article aims to bring insight into the reasons why the fight broke out and the current situation.

Both countries being former Soviet republics with artificially created borders through the decades of rule from Moscow, share common problems with their borders even today, 30 years after the collapse of the Soviet Union. The result of artificially created borders was the creation of smaller enclaves and exclaves on the Tajik-Kyrgyz border. The situation was never solved completely, leaving the space and opportunity for potential conflict to appear, such as in late April 2021 (Imanaliyeva, Ibragimova, Helf, 2021).

The length of the shared border is almost one thousand kilometres, but barely half of it has been demarcated. Historically, social tensions grew in Tajik enclaves Isfara and Kayragach and in the Tajik exclave Voruhk in Kyrgyzstan, leaving both countries facing issues and problems alone. All of the problematic regions have a direct border with a Kyrgyz Batken region, where the clashes broke out. The main concern here is the “Golovnoi Vodorazdel” or “main watershed” area with Ak-Suu/Isfara river and Tortkul Reservoir near the Vorukh exclave, being the centre of the hydro policy and tensions in the region (The Third Pole, Buranelli, 2021).

The latest crisis in late April started when the installation of surveillance cameras by Tajik officials was reported at the water-intake station of a water reservoir near the Kyrgyz village Kök-Tash in the Batken region, in the western part of Kyrgyzstan (The Third Pole, 2021). Clashes were reported across the border, not just in the Leilek district in the westernmost part of the country, but mainly near the Tajik Vorukh exclave, where most of the fighting was concentrated according to the interactive map (liveuamap, 2021). Importantly, the news and information were chaotic because of the two Kök-Tash villages in Kyrgyzstan, first being the centre of problems in Batken district and second in Leilek district on the westernmost border. The same goes for two Ak-suu rivers in Kyrgyzstan, one in the Batken region and the second one in the northern Chuy region. This geographical and administrative fact led to the misinterpretation in numerous articles in the world media.

Violence including civilians and military justify 55 dead after three days of fighting, 19 being Tajik citizens or soldiers and 36 Kyrgyzstanis, including kids. Furthermore, there were also hundreds of injured and roughly 40-50 thousand displaced, mainly Kyrgyzstanis. The Ministry of Emergency Situations of Kyrgyzstan also reported that 120 houses and 84 social facilities have been destroyed, while Tajikistan reported only about 10 destroyed houses (Kopytin, 2021).

However, confrontations on the shared border are nothing new in this area. In the past 12 years, the problematic region witnessed around 150 clashes, with a cumulative number of 30 in 2014 alone. What made this situation different was the intensity of clashes and the number of casualties on both sides (The Third Pole, 2021). Previous clashes involved mostly stone-throwing and other forms of low-level violence, compared to the tanks, helicopters, heavy shelling, other heavy military equipment and actual military operations and presence this time (Buranelli, 2021).

As of July, the ceasefire is still in action. Both countries were badly hit by the pandemic from the economic point of view, Kyrgyzstan also by political unrest for a few months. These facts made analysts worry about the escalation of clashes for political purposes, but so far, it, fortunately, did not escalate into any other violence (Hef, 2021).

Despite this, the situation on the border remains tense with memories from recent clashes creating an unstable atmosphere in the region. Both countries are looking for a boost to their military capabilities through the relationship with their international partners. The Collective Security Treaty Organization (CSTO) led by the Russian Federation, of which both countries have been members since 1994, doesn’t seem to be even active in this case. That leaves both countries on their own in the dispute to be solved (Mashrab, 2021).

Looking at the situation, the hydro policy is going to be a strategically important policy for both countries in the region if they want to avoid further bloodshed, even bigger than this one. The international community was rather ignorant of this issue, with vague reactions and activities. Only Russian Federation and Uzbekistan tried to negotiate and calm the situation, both of them because of their own interests obviously.

A lot of attention has been drawn to the issue of water resources in the last decades on the international level. Having said that, water is going to be an even bigger issue in the future, especially in dry regions such as Central Asia. This particular case is maybe the prologue of the future wars in the region to come.

The Third Pole. (2021). What drove the worst Kyrgyz-Tajik conflict in years? The Third Pole. 28. 05. 2021 (https://www.thethirdpole.net/en/regional-cooperation/climate-nationalism-unresolved-borders-and-the-pandemic-drove-kyrgyz-tajik-conflict/).

Helf, G. (2021). Border Clash Between Kyrgyzstan and Tajikistan Risks Spinning Out of Control. The United States Institute of Peace. 04. 05. 2021 (https://www.usip.org/publications/2021/05/border-clash-between-kyrgyzstan-and-tajikistan-risks-spinning-out-control).