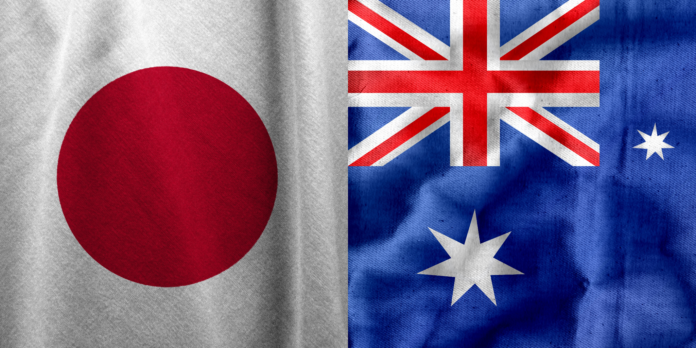 Japan and Australia signed a historical defence pact on January 6th, 2022, during the virtual summit between Japanese Prime Minister Kishida Fumio and Australian Prime Minister Scott Morrison. For Japan, the Reciprocal Access Agreement (RAA) is only the second agreement of military character outside of cooperation with the United States. On the other hand, for Australia, it’s another step towards a multilateral defence network. Strengthening of cooperation comes as the region of Indo-Pacific is gradually becoming the hotspot of global competition between China and the US with their allies.

Details of the pact

The basic outline of the agreement, which was in preparation since 2014, is the reciprocal access and cooperation between the Self-Defence Forces of Japan and the Australian Defence Force. The document consisting of 29 pages, is published on the website of the Ministry of Foreign Affairs of Japan. Almost every article of the pact is written either from the “Sending state” or “Receiving state” point of view, using the concept “Visiting force” (“means the Force of a Party, which, with the consent of the other Party, is present in the territory of that other Party”).

Countries did not implement any clause such as NATO in Article V from the Washington Treaty, which is binding member states to take collective defence measures in case their allies are being attacked by a third state or organization. Neither can we find a similar article to Article IV from Japan-U.S. Security Treaty, where every armed attack on any territory under Japanese administration shall be immediately reported to the Security Council of the United Nations.

The most specific part of the whole agreement is already the first page, where the main goal is described, citing: “desire to deepen the security and defence relationship between the Parties by establishing a legal framework for facilitating mutually beneficial defence cooperation”. The rest of the pact is more or less about this mentioned desire of cooperation in terms of availability to move military units of all kinds on each other’s territory. There are defined taxes, entry requirements for military personnel, various procedures and many other administrative acts imaginable and needed for as little as the possible restricted movement of forces.

The strengthening of military cooperation creates a threat to China

On December 24th, 2021, Japan approved 5.4 trillion yen ($47.2 billion) defence spending in the fiscal year 2022. The Australian budget could also reach almost $50 billion, making their absolute amount of investments into the military similar. According to Wikipedia citing reliable sources, such as The International Institute for Strategic Studies and their publications, Japan has about 250 000 active military personnel and 56 000 reservists, while Australia has another almost 60 000 active military personnel and 28 000 reservists. Both countries have highly professionalized and advanced naval, land and air forces, being within the most advanced military powers in the world.

What’s more, both countries have defence cooperation with the United States, which is considered to have the most advanced military. Similarly, there is cooperation called “Quadrilateral Security Dialogue”, including all the countries plus India. The dialogue was previously abandoned, but was revised in 2017 and became quite active, mostly because of China’s activity in the region. In their joint statement from March 2021, countries pledged to “promoting a free, open rules-based order, rooted in international law to advance security and prosperity and counter threats to both in the Indo-Pacific and beyond…support the rule of law, freedom of navigation and overflight, peaceful resolution of disputes, democratic values, and territorial integrity”, and also to cooperate with their regional partners, such as ASEAN or by inviting other states to quadrilateral dialogue, such as New Zealand, South Korea and Vietnam.

Recently, due to the global pandemic, there were not any military drills between Japan and Australia. Having said that, by signing this pact, partners raised the possibility to hold military drills either on each other’s territory or some naval drills on the open sea.

This pact, being a message to China, is openly acknowledged also by Australian security experts. According to Malcolm Davis, a senior analyst at the Australian Strategic Policy Institute, signing of this pact “sends an important message to Beijing, that Australia and Japan are now working much more closely together to shape the regional environment, deter threats and respond to those threats if necessary,” he said for Australian CNBC.

The only response from Beijing, for now, was by Chinese foreign ministry spokesman Wang Wenbin: “the Pacific Ocean is vast enough for the common development of countries in the region…State-to-state exchanges and cooperation should be conducive to enhancing mutual understanding and trust among countries in the region and safeguarding regional peace and stability, rather than targeting or undermining the interests of any third party…We hope that the Pacific will be an ocean of peace, not a place to make waves”.

To sum it up, this agreement is definitely a huge step for Japan, which is bound by its own constitution regarding the military activity. It can be also viewed as the beginning of a new era of security approach in general. Furthermore, it is a huge success for Australia, which found a reliable and strong partner in Japan to counter rising China’s domination and ambitions in the region, because of their unresolved territorial disputes over Senkaku islands and long political tension.

However, to make this pact more legitimate in the eyes of potential threats, such as China, it needs to be upgraded in the future comparable to the pact between Japan and the US, or Australia and US. Another way, which is less likely to happen in near future, is to create a new regional security or defence organization, under which all these signed agreements would be simultaneously implemented.