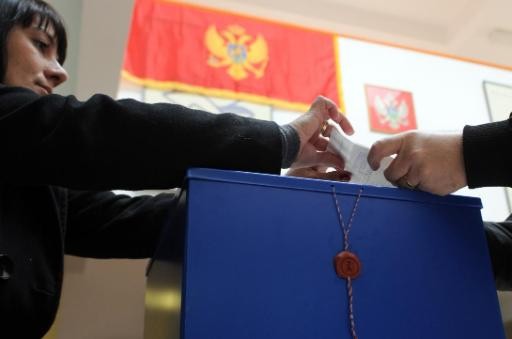 On the last Sunday of August 2020, the people of Montenegro went to the polls for the parliamentary elections as well as local elections in five municipalities. These are the eleventh elections since the existence of the multiparty system and the fifth since the declaration of independence in the country.

The election process was characterized by high political tension and threat of the COVID-19 pandemic. The turnout was more than 75 per cent out of the 540,026 citizens, who had the right to vote (Tela, 2020). The election process was monitored by 2,089 observers, of whom 265 were foreign. Also, the European Network of Election Observation Organizations (EENEMO) was present with a total of 23 teams (Top Channel, 2020). Six coalitions and five political parties were competing for 81 seats in the parliament (Kallxo, 2020). The Democratic Party of Socialists (DPS), led by President Milo Djukanovic, competed alone while the holder of the list was the current Prime Minister Dushko Markovi (Kallxo, 2020). The party may be overthrown after almost three decades in power, with the elections having narrow results that gave a slight advantage to the opposition camp. These parties are linked to Serbian nationalism and pro-Russian orientation.

The opposition three-party coalition: „For the future of Montenegro“ led by the Democratic Front, „Peace is our nation“ led by the Democrats of Aleksa Becic and „Black on White“ led by Dritan Abazovic won 41 seats in the parliament of Montenegro. While other parties running in the parliamentary elections have a total of 40 seats in parliament. This group includes Milo Djukanovic’s PDS party and the Albanian, Bosnian and Social Democratic parties (Tela, 2020).

The Democratic Party of Socialists (DPS) failed in the parliamentary elections. The analysts attribute the poor DPS result to clashes with the Serbian Orthodox Church, which has dominated the political debate in the country for months.

As Reuters state, the election results are a failure for the DPS, which has led the country for 30 years. Djukanovic led the country through the violent break-up of the former Yugoslavia, secession from Serbia in 2006 and the country’s NATO membership in 2017. The new government can offer the country closer relations with Serbia and Russia, but not to pull it out from NATO, or stop the process of integration into the European Union. According to the Reuters, the representatives of the opposition and the organizations for democracy and human rights have accused Djykanovi and PDS of leading the country as a corrupt thief through their connections with organized crime (Telegrafi, 2020).

Formation of the New Government

President Milo Djukanovic’s party remains in opposition after 30 years in power. The Albanian Dritan Abazovic, who was a key figure in the new government in Podgorica with the „URA“ movement, decided to join the pro-Serbian party coalition, thus securing a majority in the country’s parliament to lead for the next four years (Top Channel, 2020). Representatives of the opposition coalitions in Montenegro have stated that they have agreed on the principles on which the next government will work.

„The new government will be fully committed to respecting the constitution and enforcing the law, through the review of all discriminatory laws and bylaws, including the Law on Religious Freedom,“ the statement said. The Law on Religious Freedom, adopted at the end of 2019, caused an open conflict between state institutions and the Serbian Orthodox Church. The Orthodox Church demands a change concerning the property of religious communities, which is also the most controversial part of this law (Kallxo, 2020).

The first session of the newly elected parliament was convened by the speaker of the previous parliament, Ivan Brajovic. The session will be held no later than 15 days after the announcement of the final election results, said the member of the State Election Commission for Radio Free Europe. In line with the regulation, the session will be chaired by the oldest deputy in parliament. The government must be elected within 90 days from the day of the nomination of the prime minister (Telegraph, 2020). In Podgorica, the capital of Montenegro, there were clashes between government supporters and the opposition which was celebrating the election victory on Monday evening. While the Democratic Party of Socialists (DPS) has stated that the „citizens have been provoked aggressively with nationalist slogans,“ the opposition parties call for it to be celebrated at home (Telegrafi, 2020).

Montenegro remains a state that still raises the question of orientation between pro-Russian or pro-Western. In the political arena, political parties hold pro-European positions such as the party that has ruled the country for 30 years, but some political opposition parties hold more pro-Russian and pro-Serbian position. Citizens punished the party leading the country for three decades by not prolonging its term for next four-years. With a very small victory, the opposition parties got the green light to govern the country. Whether or not Montenegro will remain a loyal ally of the European Union and NATO still remains in question. The winning parties have different views on the issue. One of the agreements reached by the opposition parties contains the country’s commitment to EU integration. This commitment will prove with time. A state is in a negotiation process to join the EU, however, with a political class with differences in their orientations, the direction is still not clear. Carrying on its shoulders an open conflict with the Serbian Orthodox Church after the adoption of the law on religious freedom is just one of the challenges awaiting new government. Also, the relations within the region, especially with Serbia are not at a good level, corruption, media freedom and the threat of an economic crisis due to the pandemic are issues that the new government will have to deal with. The government with some parties with pro-Russian and pro-Serbian orientation and the question of Belgrade and the Serbian Orthodox Church influence in the country are dilemmas that have emerged and opened a debate. The citizens have voted for a change, and the new government must stay true to the trust of the electorate.