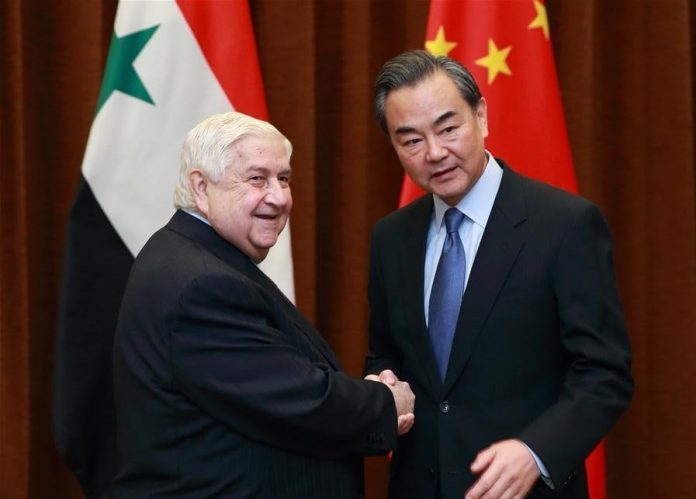 On Saturday, 17th of July 2021, Bashar al-Assad took an oath of office for his fourth consecutive term as a president at war thorn country. According to the Syrian government, he has managed to win 95% of the vote, which western countries dismissed and called fraudulent (Agence France-Presse, 2021).

As the war calms down in most of the country, its economy is still heavily sanctioned and after the war, in even greater ruin. Global standing has almost completely disappeared from a merciless decade of conflict and hope for better political change hangs on the overthrow of the very man that has just been elected president

The path for Russia and China to Syria opened in early 2020 when the US has decided to leave Syria and leave the space for others to take care of it. This has opened a door for an aspiring country – China (Mogelson, 2020). As the United States departs its military objects from Afghanistan and also prepares to leave Iraq, it may provide yet another chance for China to pursue its interests.

The first foreign guest to visit Syria was China’s foreign minister, Wang Yi. Through this visit, China has reaffirmed Assad of their strong support in safeguarding national and territorial integrity. Mr Wang said that “China opposes any attempt to seek regime change in Syria. Assad has also expressed his willingness to take part in joint Belt and Road Initiative, strengthen cooperation with China in the fields of economy, science, culture, education and also pledged to increase the party to party exchanges with China to learn from the Chinese success (The Straits Times, 2021).

China’s interest in postwar Syria is straight from a playbook in the China´s approach to the Middle East, where China has already managed to significantly increase economic, political and also a security footprint, over the last decade becoming the biggest trade partner and external investor for many countries in the region (Lons, 2019).

China’s support of the Syrian regime eyes Syrian markets and the markets of the eastern Mediterranean to consolidate its economic project designed to promote Chinese goods and distribute them worldwide (Baladi, 2021).

Reconstruction of Syria has been central to the plans of Russia and Iran (Daher, 2019). Now China comes as the next player that wants to seize the opportunity. So far China´s steps in the Middle East have been modest, extending its stakes in Iraq’s oilfields in exchange for cash upfront as a bailout for Iraq (Hurst, 2020), or its investments in building up critical infrastructure in the United Arab Emirates as part of China’s Belt and Road Initiative (Murphy, 2019).

Unfortunately, Syria remains splintered and unsolved issue. Regional powers, like Russia, retain a significant stake in the north-east, Turkey has influence in the north-west. The real control of Assad´s regime is limited, yet resulting in little control over its resources and have repeatedly asked Iraq for assistance as well as sourcing oil from Lebanon, because of severe fuel shortages (Besheer, 2021).

In the current situation, no one is going to invest in Syria because of the unresolved conflict as no one wants to see their investments diminished. Syrians are facing a real famine. The proportion of Syrians living under the poverty line in the areas under the Syrian and Russian regimes has reached 90%, and the Syrian average salary is between 15 – 40 USD (McKernan, 2020).

It remains to be seen what the true scope of Chinese influence in Syria will be, but judging from the low number of allies Assad does not have many options to choose from. For now, it seems like Russia is his strong partner and China is becoming another one, especially in the future sense as he seeks financial injection from China to rebuild his country.