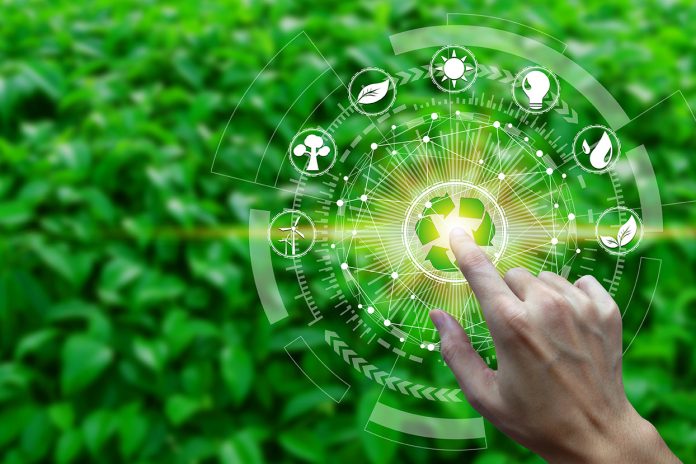 Indonesia has been known as a rich country in terms of natural resources and biological diversity. Nevertheless, it could be witnessed that the natural resources stock has been decreasing in accordance with rapid execution of the economic development in the country. As a result, national development in most parts of Indonesia, which is primarily directed and targeted at maintaining increasing economic growth and, in particular, the development of State revenue, is to be costly, with serious environmental degradation, and social and cultural destruction in the lives of local community. The new ratification of environmental law in ‘97 by a weak judiciary branch and decentralization were expected to put an end on the misuse of the country’s natural resources and bring harder sanctions to those who harm the environment. According to Green paradox survey, published in 2021, even when environmental degradation is clearly the result of natural resource exploitation, a majority of Indonesians believe that this is acceptable, because of the economic benefits that it brings (Tacconi, Rodrigues & Maryudi,2019).

In order to fully understand the general framework of Indonesia’s environmental law, it is important to understand the roots and historical background (Basel institute of governance, 2021). Indonesia has not so long ago experienced the shift from authoritarian rule of Soeharto towards democracy after holding the first presidential elections in 2004. The environmental law was established back in 1982, inspired by Dutch laws, but it was changed and amended many times. With the case of Indonesia, the case of the environment is troubled. Firstly, it is a result of a weak judiciary branch and uncoordinated cooperation between state and regions. Secondly, in the environmental law the environment is defined not as a human being or ecological system but as an economical commodity. In this sense, in order to assure the rise of state revenue, the ecological conservation is ignored completely. On paper, it would mean that only big and fortunate enterprises and corporations could actually benefit in utilizing natural resources. However, in practice, the environment is owned by the state and most of the enterprises are also state owned. The state is also empowering local public officials to issue permits and concessions without applying to the national permit process, skipping processes such as environmental impact assessments and local consultations and supporting the corruption within state circles. On the other hand, most laws are centralistic which means that they ignore community, regional management and land rights of indigenous people (Martini, 2012).

Although, there exist many regulatory bodies (regional environmental management agency or Indonesia corruption watch), bribing within local officials is a common practice in order to get business permits to exploit natural resources. Example of that is Supian Hadi, the regent of one region, who in 2019 issued business licenses to three mining companies and caused huge environmental damage caused by bauxite mining activity. Another example is Riau governor Annas who accepted over Rp 1.5 billion in bribes from companies that converted forest areas in three regencies into oil palm plantations. The controversy is that even after multiple scandals, mostly uneducated people in remote parts still believe that it is in the state’s interest to exploit the nature in order to achieve economic rise and they are supporting the state policy (Martini, 2012).

With Indonesia, it can be observed what is called “green corruption paradox”. It is a new term created by The Basel Institute, meaning that Indonesians’ attitudes to corruption, environmental degradation and the economy are conflicted and cannot exist in correlation. Environmental crime is exacerbated by corruption and bad governance, which exacerbates small-scale offenses into severe environmental degradation, posing an existential danger to both animal and human populations. Corruption and fraud are used by environmental criminals to participate in illicit wildlife trafficking, fishing, logging, and mining. They take advantage of governance flaws and use international financial markets to launder the proceeds of their illegal activities (Basel institute of governance, 2021).

Despite observing corruption and environmental damage and being profoundly worried about them, individuals prefer to focus on their livelihoods when circumstances are tough. In Indonesia, this implies favoring state-owned businesses (SOEs) and people’s cooperatives over private firms, particularly those controlled by foreigners. Given that the governance structures remain weak, even that the country has committed to reducing emissions from deforestation and forest degradation, it suffers from one of the most significant illegal logging and illegal land clearing conditions in the world. (example of Aceh Green” initiative) (Basel institute of governance,2021).

Speaking of deforestation, it is the largest contribution to green gas emissions in the country. The environmental law being amended in 2020 by Job creation law, is a rising concern not only in the eyes of local activists. The new bill will allow private companies to easily obtain permits to access the country’s resources in forests and woodlands. This branch is vulnerable to the corruption which is also enhanced by wide discretionary powers given to the district forestry offices. In addition to that, the extensive number of requirements (required to operate a forest concession offers numerous opportunities to bypass the environmental law (Swainson, Luke & Mahanty, 2018).

In this context, few researchers have compared the case of Brazil and Indonesia. Brazil was in a similar condition to Indonesia when it implemented an aggressive and strategic forest law enforcement policy which enabled it to significantly reduce deforestation. Indonesia does not have such a strategic approach to forest law enforcement and could be stated that the environmental law is not sufficient. The solution could be hidden in green economy initiatives that would complement environmental law (Tacconi, Rodrigues & Maryudi, 2019).

ACEH, was the first attempt within Indonesia and globally to transform the economy into a green one but it ultimately failed. The region suffered from war and later on with tsunami recovery where over time, powerful government and business elites came to govern natural resource allocation for their own political and financial benefit throughout the country. Its economy largely ended up relying on extensive natural resource extraction which ended the transition towards green economy (Swainson, Luke & Mahanty, 2018).

Nowadays a new program is to be promoted. REDD, reducing emissions from deforestation and forest degradation, is a mechanism designed under the United Nations Framework Convention on Climate Change (UNFCCC). It offers incentives for developing countries to reduce emissions from forested lands and invest in low-carbon paths to sustainable development. Nowadays, the program is facing lot of challenges and has to examine numerous cases. Therefore in the case of Indonesia, I think REDD + could help to move towards greener energy and to find other sources of capital and complement environmental law, but everything depends on the behavior of the government and the influence of international players like China (Resosudarmo, 2005).