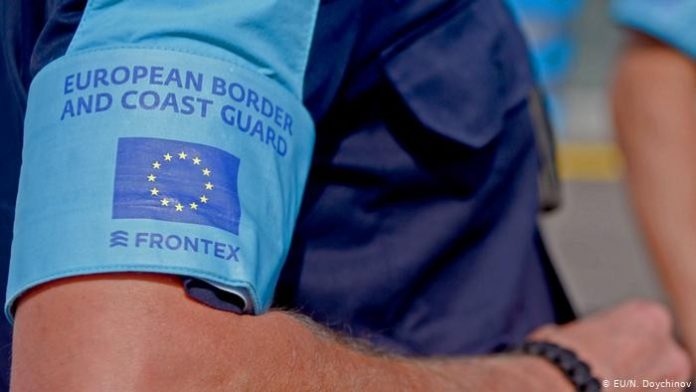 In an interview with Radio Free Europe – RFE, former Minister of Security of Bosnia and Herzegovina Fahrudin Radončić states: „And, to be honest, if millions of people from Asia want to enter Western Europe, it is no longer a problem for BiH or our region, it should be be a problem of the whole EU and us ”(Arnautovic, 2020).

Since the beginning of 2018, more than 30,000 illegal migrants have entered Bosnia and Herzegovina. The basic question is how did they get there, where did they go afterwards? These open issues are all the more important because in order for Pakistani, Iraqi, Palestinian, Moroccan and other migrants to come to BiH, they must cross the territory of EU member states. How is that possible? The EU’s external borders are guarded by the European Border and Coast Guard Agency, also known by the acronym Frontex, formerly theEuropean Agency for the Management of Operational Cooperation at the External Borders of the EU Member States, the European Union Agency for External Border Security. At the beginning of 2019, the public relations service of Frontex explained, that their focus is currently on the protection of the southern borders of the European Union, ie. the countries through which migrants arrive in the EU. Frontex is currently conducting its operations in Greece and Bulgaria and is scheduled to run throughout 2019 (A.D. Klix, 2020).

Frontex, the European Border and Coast Guard Agency, was set up in 2004 to help EU and Schengen countries protect the external borders of the area of free movement within the EU. As an EU agency, Frontex is financed from the EU budget as well as contributions from the Schengen countries. By 2020, the agency will employ around 1,000 staff members, almost a quarter of whom will be seconded from Member States, who will return to their civil service after a mandate at Frontex. The Agency was expanded in 2016 to become the European Border and Coast Guard Agency, expanding its role from migration controls to border management and taking on greater responsibility for cross-border crime. Frontex is now one of the most important bodies of the European Union in the field of freedom, security and justice. Search and rescue operations have also officially become part of the Agency’s remit, whenever such situations occur in the context of maritime border surveillance. Frontex is an operational agency with more than 1,500 staff from Member States operating at all times throughout the European Union. In order for the agency to better monitor the development of new and rapidly changing circumstances, the Frontex Situation Center responsible for monitoring external borders now operates 24 hours a day, every day of the week (Frontex, 2020).

Migrants come from the southern borders of the EU

As stated at the time of writing, more than 30,000 migrants have entered Bosnia and
Herzegovina (BiH), mostly across the EU’s southern borders. Today, migrants arrive in Bosnia and Herzegovina from Serbia through the entity of Republika Srpska in an orderly and organized manner and mostly end up on the territory of Una-Sana Canton (USC). Although on the ground and in real life, more precisely „today“ it can be seen that there is an organized transfer of migrants from Greece as an EU member, through Serbia, which has exceptional relations with Milorad Dodik, the President of Bosnia and Herzegovina. entity of the RS and the SNSD party, which has publicly admitted that it will transfer them by bus to the entity of the Federation of BiH, mostly to the Una-Sana Canton. Milorad Dodik, the president of the SNSD party, which won the last elections in the RS entity, according to his own confession, is organizing the transfer of migrants from the RS entity to the Federation. In most cases, they are accompanied by the RS entity police and show migrants the „way“ to the territory of the USC. He kept his promise that he would take migrants from the RS entity by bus to the USC and to other borders with the Federation of BiH entity. With this, the political and police structures of the RS entities, which have support in one part of the Border Police of Bosnia and Herzegovina, pursue a policy of illegal transfer of migrants from Serbia to Bosnia and Herzegovina, and then properly implement and „park“ them on the entity border with Una-Sana Canton. let them know that the „EU“ is close there (PTPC, 2020).

Bosnia and Herzegovina initialed the Agreement with Frontex at the end of 2018. However, it is necessary to officially sign the agreement, in order for the forces of this European Agency to help domestic agencies secure borders and fight illegal migration. Members of the European Border and Coast Guard Agency (Frontex) at the BiH border would also mean controlling the entry of migrants into BiH, claims Bihać Mayor Šuhret Fazlić, commenting that the BiH Presidency did not approve the arrival of Frontex members (Boračić-Mršo, 2020).

Every additional border police officer,civil servant, and in this casemember of Frontex, would mean controlling and preventing entry into BiH. Ultimately, it would mean salvation for Bihać and Velika Kladuša, where most migrants are, „said the mayor of Bihać, a town in western Bosnia and Herzegovina near the border with Croatia. Namely, at the session on February 19, 2020, members of the Presidency of BiH Željko Komšić and Šefik Džaferović voted for, and Milorad Dodik against the Decision on accepting the Status Agreement between BiH and the EU on activities carried out by the European Border and Coast Guard Agency. Although there were more votes for the Agreement, Dodik used his constitutional right to declare the Decision destructive to the vital entity interest (Republika Srpska) (Boračić-Mršo, 2020).

Dodik opposed the entry of Frontex forces into the territory of Bosnia and Herzegovina in mid-2019, when he rejectedthe proposal to deploy members of the BiH Armed Forces and Frontex forces on the eastern borderof the country towards Serbia. „The agreement is currently in the Presidency of BiH, where this institution is expected to consider it and make a final decision. The use of additional Frontex equipment and the actions of their police officers on the territory of BiH, I believe would improve all issues related to the migrant crisis“ explains Ermin Pešto, Assistant Minister for Border Security of BiH (Boračić-Mršo, 2020).

The current Minister of Security of Bosnia and Herzegovina, Selmo Cikotić, who took office in August 2020, presented the information he received from the European Commission at the session of the House of Peoples of the Parliamentary Assembly of BiH, that the EU has paid about 70 million euros since the beginning of the migrant crisis. These funds were mainly paid into the IOM account. These are funds for renting space, salaries, for purchasing food and other funds for migrants in reception centers. He explained that there is no data on other international donors. (Oslobodjenje, 2020)

The funds allocated by the EU for the migrant crisis in Bosnia and Herzegovina will soon reach the amount of 100 million euros. These funds are mainly paid to the IOM to address humanitarian issues. The reason for the growing need for funds lies in the following facts: migrants have free passage from the southern borders of the EU to Serbia, from Serbia to BH. entities RS cross the border due to the insufficient number of border police officers, the BiH police. RS entities accompany migrants in an organized manner, mainly to the territory of Una-Sana Canton as the closest point to the EU. During these processes, the Serbian member of the Presidency Milorad Dodik refuses to verify the Agreement with Frontex, more precisely the engagement of Frontex forces that are key to resolving the „leaky“ borders between BiH and Serbia, and thus resolving the migrant crisis. Bosnia and Herzegovina needs Frontex, because of Europe.