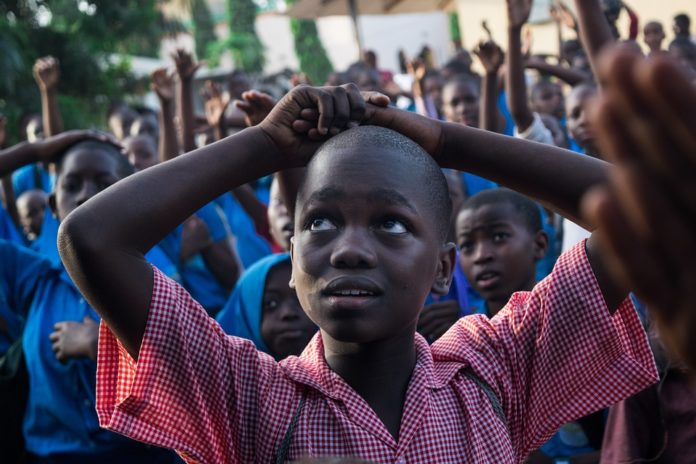 Hundreds of Pupils Missing After the Attack in Nigeria

There is growing anger with the precarious security situation in Nigeria, Africa’s most populous nation. According to the governor of Aminu state Bello Masari, more than 300 hundred boys were kidnaped by an unknown gang on the evening of December 11. The attack came 48 hours after the country’s president, Muhammadu Bukhari, arrived in the state. The head of state arrived in his hometown of Duar, planning to spend a week there. The interlocutor told the publication that unknown persons arrived on motorcycles and organized indiscriminate shooting. He noted that it was difficult to name the exact number of the abducted, but assured that there were at least several dozen. Some of the missing schoolchildren were kidnapped by militants, the rest of the children fled during the attack. In total, there were 839 students at the school (Garda,2020).

It is alleged that the children who survived the invasion were forced to leave the school at night. The parents of those who are missing are trying to find out their whereabouts. Masari said students who managed to escape the attack have been coming out of hiding in the forest. It is unclear if the students initially hid or escaped from their attackers. Meanwhile, parents and family members on Sunday gathered at the school, issuing a plea to authorities to bring the missing boys to safety (Tengrinews, 2020).

An audio message from a man identifying himself as the leader of Nigeria’s Boko Haram has claimed that the armed group was responsible for the abduction of hundreds of students from an all-boys school in the north-western state of Katsina (Al Jazeera 2020). However, the government has not attempted to negotiate with the bandits (Mustapha Adamu 2020). Only recently it was discovered, that President Muhammad Bukhari condemned the attack and ordered the search for the attackers and the safety of the schoolchildren. So, by order of the Nigerian authorities, in the state of Katsina, where Kankara is located, all boarding schools are temporarily closed, an operation is underway to find children and neutralize criminals. There have been no reported demands for ransom. The police were looking for missing children while at the same time searching for militants. It is believed that at least one security personnel was shot at the school, but authorities are yet to confirm the incident (Garda,2020).

A joint rescue operation was launched on Saturday by Nigeria’s police, air force and army, according to the government. The army declared on Monday it had located the hideout of the militants responsible for the kidnapping, and that a military operation was under way. On December 14, 446 students were already at home. Defence Minister Bashir Salihi Magashi visited the area, promising that the students would be rescued soon, while parents and residents continued to demonstrate for their release (Zakharova, 2020; Al Jazeera, 2020).

Finally, all 344 schoolboys have been rescued a week after they were kidnapped from their school and no ransom was paid. Three separate negotiations had taken place before the students‘ freedom was secured. During the negotiations the kidnappers had raised various grievances. „Among their complaints was how people kill their cattle and how various vigilante units disturb them,“ the governor said, adding that the government had promised to look into the complaints of the kidnappers. Not Boko Haram, rather local bandits were responsible for the kidnapping all along. These are people they know very well, Abdul Labaran met some of their leaders. That is why an umbrella body of cattle breeders‘ association was used in contacting them. So the negotiation was made through this umbrella body of cattle breeders.

The boys arrived by bus in Katsina, capital of the state of the same name, where they were met by President Muhammadu Buhari as authorities celebrated their freedom amid widespread anger in the country at deepening insecurity (BBC 2020).

The story of a boy who survived the attack

According to him, when his classmates and he were about to go to bed, heavy shooting began. Some ran to the perimeter fence trying to escape, while others hid inside. The militants shouted that the children should return to save the rest. The students were herded under a tree, divided into three groups, and led through the forest. The first group travelled for several hours towards the neighbouring state of Zamfara. The gunmen beat the boys with tree branches and the flat side of their machetes. But then luck came their way. He and his friend were able to escape and hide behind a bush. They waited for a while in complete silence before returning home to safety (News Agencies, 2020).

Kidnapping poses a high threat in Nigeria for both locals and foreign nationals. Most kidnappings in Nigeria are financially motivated and conducted by criminal groups of varying levels of sophistication. It is currently unclear why this school in Katsina was targeted; however, attacks on schools and the kidnaping of students in northern Nigeria occur regularly. In the past, militant groups, such as Boko Haram and the Islamic State West Africa Province, have been involved in attacks on educational facilities in northern Nigeria. Kidnapping incidents involving large groups of students within Nigeria usually take some time to resolve. Victims of ideologically motivated kidnappings face a higher threat of death and may experience longer captivity times (Garda 2020).