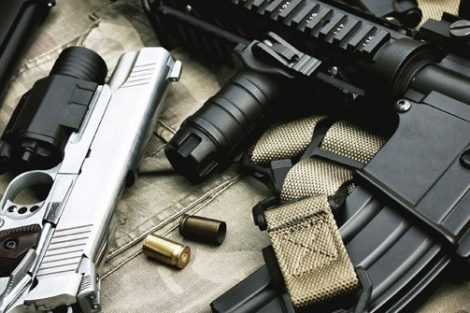 The military industry – the industry of Bosnia and Herzegovina that manufactures weapons, ammunition, parts, accessories and related equipment – has been hit by the pandemic of the Covid-19 virus together with the rest of the world. However, despite the slight slowdown caused by the pandemic, the output of Bosnia and Herzegovina’s military industry will be at the level of 2019, when a record value of EUR 120 million was achieved. All of the goals planned for the industry in 2020 will be fulfilled.

Bosnia and Herzegovina is composed of entities – the Federation of BiH (FBiH), Republika Srpska and the Brčko District, established by the Dayton Peace Agreement in 1995, which stopped the bloodshed. The majority of the rebuilt military industry, destroyed during the war in Bosnia and Herzegovina, is located on the territory of the Federation of BiH. The military industry of the Federation of BiH records a stable, continuous growth of production and trade. The functioning of the industry is coordinated by the Federal Ministry of Energy and the Mining and Industry, which is the majority owner.

The Federal Ministry of Energy, Mining and Industry influences the development of BiH through numerous activities. The military industry is supported mostly through the guarantee of financial support. The Ministry also helps via diplomatic and business contacts with representatives of states and military leadership in countries where the military industry products are placed, and also through supervision and control of the relevant companies by the Federal Directorate for Military industry within the Ministry.

According to the data of the Foreign Trade Chamber of BiH (VTK), 2019 was a record year for the military industry of Bosnia and Herzegovina, with total exports of more than EUR 120 million. The best export results were achieved in the markets of Saudi Arabia (34% of total exports) and Egypt (28%). The most sought after export product within the BiH military industry was ammunition calibre from 5.56 to 155 millimetres, while explosives, weapons, parts and equipment were exported in much smaller quantities and monetary value (Business-magazine, 2020).

The military industry in BiH entity Federation of BiH actually has a higher income than planned in 2020, which was confirmed by the Federal Minister of Energy, Mining and Industry Nermin Džindić in an interview for the Bosnian daily „Avaz“. The Covid-19 pandemic affected the industry in March 2020 with the appearance of the first cluster of Covid-19 virus in the company „Igman“ which produces ammunition. Appropriate measures were taken, changes have been made, and the coordination is being done on a daily basis. There were failures of some components, however, there was also an increase in the production of some other products. This year will be one of the most successful, explained Minister Nermin Džindić (Avaz, 2020).

The BiH entity of the Federation of BiH has 13 factories producing ammunition, weapons and related equipment. Six of them are privately owned – „Pobjeda Technology“, „Pobjeda Rudet“ and „AC Unity“ from Goražde (in the east of BiH), „Koteks“ and „Daniel S“ from Tešanj (in the north of BiH) and „Guma-co“ from Bugojno (central BiH). The largest factories owned by the FBiH Government are „Binas“ from Bugojno, „BNT-TmiH“ from Novi Travnik, „Unis Ginex“ from Gorazde, „Igman“ from Konjic (south of BiH), „Pretis“ from Vogosca near Sarajevo, „Vitezit „From Vitez (central BiH) and „Zrak“ from Sarajevo (Free Europe, 2020).

The listed companies that operate within the military industry of the Entity of the Federation of BiH (FBiH) hold the title of companies, which produced the first BiH rifle and pistol, the first hand-held rocket launcher and first howitzer, sighting systems, ammunition of 5.56, 7.62, 9th, 12.7, 40 mm calibre, body armour, helmets and many other products. The infantry and artillery ammunition, as well as military equipment and uniforms, are being exported to NATO infantry units according to NATO standards (Biznisinfo: A, 2020).

Even though the final economic results for 2020 have not been announced yet, it is expected that BiH military industry will maintain the level of 2019 and exceed the export of weapons, ammunition and equipment of over EUR 120 million. In Bosnia and Herzegovina, there is visible progress, development and interest of the world-known companies in the military industry.

The standard of BiH military industry is demonstrated by the expressed interest of Turkish investors – the company „Ateşçi“, which at the end of November 2020 held a meeting with representatives of the City of Živinice, the Government of the Federation of Bosnia and Herzegovina. The discussion covered the construction of a factory for the military industry in the area of ​​the City of Živinice (Tuzla Canton), for the realization of which the Turkish company „Ateşçi“ allocated funds worth about EUR 35 million. Teams of the Government of FBiH, the City of Živinice and investors from Turkey have been formed and immediately started with the preparatory administrative works and project documentation necessary for the realization of the project (Biznisinfo: B, 2020).

Earlier in 2019, Meho Rekić, director of the „Technical and Repair Institute Hadžići“, initiated the dislocation of a part of its production to the area of ​​Una-Sana Canton (USC). In accordance with this initiative, the Government of the Entity of the Federation of BiH budgeted EUR 1 million for starting a military industry plant in Una-Sana Canton in order to establish an administrative centre that would approve the location and provide legal and technical conditions for the start of the industry. The „Technical-Repair Institute Hadzici“ produced the first BiH RPG7 hand-held rocket launcher in cooperation with a dozen military companies.

In mid-November 2020, the weapons and ammunition factory „Binas“ from the Bosnian city of Bugojno demonstrated new ammunition – 40 mm grenades, with a range of up to 2,000 meters. (TVN1, FENA, 2020). This ammunition is compatible with the GMG 40 mm HV automatic grenade launcher from „Heckler & Koch“ and „AGL Mk 19“ from Saco Defense Industries. This ammunition has a successful effect on light anti-tank vehicles.

In the BiH entity Federation of BiH only one pre-war ex-Yugoslav military industry factory failed. The Mostar’s „Sokol“ Mostar, a company that produced aeroplanes, and was the pride of the military industry of the former Yugoslavia.

The BiH entity Republika Srpska entity has three factories within the field of weapons production and military equipment, namely: „Kosmos“ from Banja Luka, whose main activity is the overhaul of radar and missile systems, Tehničko-remontni zavod Bratunac“ (East BiH), which in 2018 presented the first domestic armoured vehicle in BiH – „Despot“ and pistol „Vampire“, and Eagle from Bijeljina (east of BiH) whose activity is focused on reparations and production of aircraft turbojet engines.

Bosnia and Herzegovina exports weapons, ammunition, their parts, accessories and equipment to 42 countries around the world. The biggest buyers are Arab countries like Saudi Arabia and Egypt. In the next four years, there are planned investments into the military industry with the aim of increasing production capacity. The total annual military production in Bosnia and Herzegovina could reach up to EUR 500 million.

Mentioned results and plans of the military industry are necessary for Bosnia and Herzegovina as they directly affect the high percentage rate of unemployment, which is up to 45% and it affects the development of other branches of the stumbled Bosnian economy.

The global demand for weapons and ammunition is growing, despite continuous calls for peace.