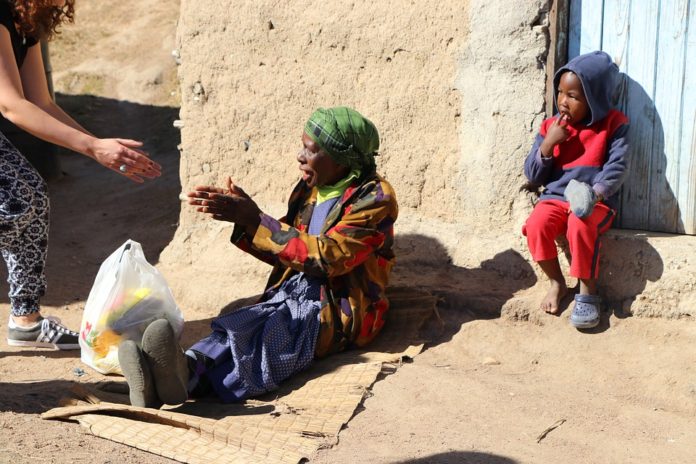 The new US president, Joe Biden, presents a drastic shift in the US domestic policy. However, will such change be seen in foreign policy as well? Biden was criticising Trump’s international policy during the presidential campaign and wanted to come back to the more globalized and multilateral approach of US foreign policy. This article will focus on Biden’s policy towards Africa as it explores Trump’s legacy on the continent and Chinese expansion threatening US influence in the region.

Controversies involving Donald Trump’s remarks didn’t bypass Africa when he referred to the homeland of African immigrants as “shithole countries” (Reuters, 2018). Despite the decreased interest in Africa remarked by Trump never visiting the continent, some of the previous initiatives continued also under Trump’s administration. US activities in Africa were first seriously launched by President Bill Clinton in the ’90s with a main focus on security and development by providing foreign aid (Owusu, Carmody & Reboredo, 2020). Economic ties between the US and Africa loosened under Trump, even though the foreign aid budget stayed the same. Donald Trump often criticised Chinese expansion in Africa, however his policies based on the “America First” doctrine opened the door for China. New tariffs were imposed on some of the African countries and their production, which lead to the imposition of countermeasures (Owusu et al, 2020). This caused a decrease in trade volume, as well as foreign direct investments and, could be seen as a result of protectionist economic policy.

Another controversy that raised a wave of outrage was the imposition of the so-called Muslim ban which also affected citizens of some African countries such as Libya, Somalia, Sudan and Nigeria. This travel ban was introduced as a part of the security strategy against terrorism. The US is actively militarily present in Africa because of the terrorist groups operating in countries of Northern Africa, but also in Nigeria or Somalia. One of the last Trump’s orders was to withdraw the majority of US troops from Somalia, where the terrorist group al-Shabab (considered a branch of al-Qaeda) operates (Olojo, 2021). Initially, after taking the office, Trump intensified the air operations against the al-Shabab. While many experts still believe that it imposes a threat to the West, the Trump administration continued to pull US forces away from many conflicts, which they consider to be endless wars (BBC News, 2020).

The former administration has, however, remained active in some ways. It supported the continuation of the African Growth and Opportunity Act (AGOA) running since Clinton’s presidency. Trump also introduced a few new initiatives. Build Act from 2018 provides support for infrastructure projects in developing countries. In 2018, Trump announced his Prosper Africa initiative as an answer to the Chinese Belt and Road Initiative (Kedem, 2020). This project should help private businesses to connect and build trade relations with African counterparts. Even though these activities were welcomed by experts, their effectiveness was limited as they lack concrete goals and strategy (Kedem, 2020). Trump leaves some unfinished projects that create an opportunity for Biden, but he also leaves space for improvement of the US image on the continent.

The foreign policy of the new Biden administration is likely to shift back to the one resembling Obama´s. The US will be portrayed as a global hegemon and leader of the free world and diplomacy will be conducted in a multilateral rather than bilateral way. Biden was quick to reverse some of Trump’s controversial foreign policy decision’s – he re-joined Paris Climate Agreement, WHO and revoked the Muslim travel ban (Stremlau, 2021).

Even though Biden didn’t reverse Trump’s decision to withdraw the majority of forces from Somalia, he will likely continue military operations across Africa. At the same time, African countries should not expect a radical shift in the US approach since the reduction in forces will continue as it is already happening in Sahel (Olojo, 2021). Contrary to Trump’s approach, African leaders could expect to be more engaged in counter-terrorism operations since Biden prefers a multilateral framework. It is crucial for African countries to create their own terrorism strategies and cooperate because the US presence itself does not decrease the activities of terrorist groups. Regardless, the American security interests are still quite remarkable in Africa. Biden will also continue in the promotion of democratic values and conflict resolution as well as prevention activities. He already spoke at the African Union summit, the regional organization trying to incorporate these values, which shows his interest in multilateral cooperation with African countries on many issues (Stremlau, 2021).

One of them being economic cooperation. Biden is supportive of African Continental Free Trade Area (AfCFTA) which is now starting to operate. Other economic initiatives may be expected as well since Biden is likely to continue the presidential series of ‘signature’ programmes for Africa from Bush’s AIDS Relief and Obama’s Power Africa to already mentioned Trump’s Prosper Africa (Owusu et al, 2020). Return to the Paris Climate Agreement signals green policies as a priority for the Biden administration both in domestic and foreign affairs. This could mean two things for Africa – additional support for green businesses and closer cooperation on energy transition. On the other hand, it could decrease the amount of trade with fossil commodities representing a huge part of African exports. While support for projects targeting cooperation with Africa is traditionally coming from both Democrats and Republicans, a lot will depend on the US domestic situation (Stremlau, 2021). Some African experts consider Biden’s victory good because he brings certain predictability to the foreign relations. On the other hand, they warn against expectations of radical change since even under the Democratic administration, the US national interests come first, and in order to maintain good relations, countries have to align to it (Isilow, 2021).

China has utilized decreased interest in Africa by the Trump administration to further strengthen its relations with the continent. If Biden will pay closer attention to developing relations with African countries, the continent can indeed expect to become the centre of great power competition. Biden has called China the US biggest rival in the international arena, but also expressed willingness to work with China when it is in the US interest (Stremlau, 2021). The ability to work together could be beneficial to some extent also for the development in Africa. China is spending a huge amount of money on building infrastructure and helping with the industrialization of the continent for example by deploying telecom technologies. While the US is criticising Chinese activities for creating dependent relations resembling colonialist patterns, it failed to offer a better alternative, even though it has the capacity to do so (Henderson, 2020). Unlike China, the US provides projects targeting youth education and opportunities, adherence to human rights, green investments and overall socio-economic situation. Biden administration should, therefore, focus on the sphere where China cannot compete or does not seem to have any interest at all (Henderson, 2020). The new administration should also try to create more efficient and long-term initiatives because previous ones were shaky and just donating foreign aid without any concrete results does not help the US image in Africa. The opportunity to boost mutual relations also lies in handling the Covid-19 pandemic and its economic aftermath.

Stremlau, J. (2021). What African countries can expect from Biden: and what they should ask for. The Conversation. 17. 03. 2021 (https://theconversation.com/what-african-countries-can-expect-from-biden-and-what-they-should-ask-for-154870).

Olojo, A. (2021). Joe Biden and counter-terrorism in Africa: more of the same? Institute for Security Studies. 17. 03. 2021 (https://issafrica.org/iss-today/joe-biden-and-counter-terrorism-in-africa-more-of-the-same).