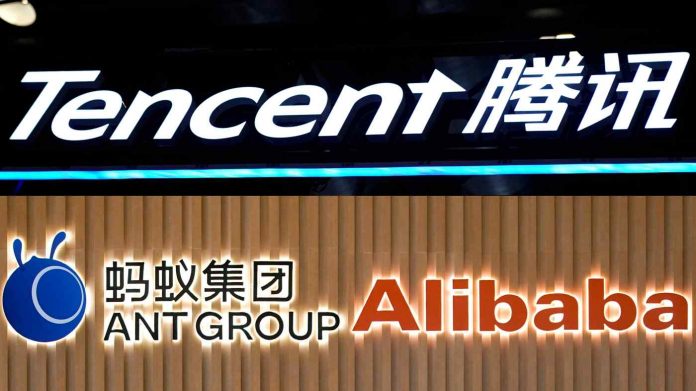 The online environment has tightened considerably under President Xi Jinping, who heavily invested his time into the Golden Shield Project, a project laid out in 2000 focusing on a database-driven surveillance system that is capable of accessing every citizen’s record and connecting China’s security organisations (Bloomberg, 2018). Such projects and initiatives are key elements in governments´ vision of cyber sovereignty.

The Chinese government is also running a project of a “social credit” system under which Chinese citizens are scored based on the desirability of their online and offline activity. This system is yet to be released and it would constitute a further chilling effect on online expression (Chatham House, 2021).

State control over online platforms and content extends propaganda and manipulation of information. During 2019, Hong Kong protests on the proposed Extradition Bill, pro-Beijing news outlets in Hong Kong such as Wen Wei and Ta Kung Pao were mobilised in defence of the proposed measures (Chatham House, 2021).

In addition to the already mentioned, social media companies operating in China have obligations to the government in relation to the data that they hold on users on their platforms. In China, all social media platforms must be licensed and users must register their identity information with service providers. That data must be available to the state. The transfer of information between business and the Chinese authorities is ‘comprehensive and systematic‘, potentially conferring on the governments´ swift and unfettered access to personal data of increasing intimacy and breadth (Chatham House, 2021).

At the same time, the era that has provided massive growth for the tech giants in the country is coming to an end. China has unveiled new regulations that strengthen the Communist Party’s control over every part of “digital” life in China.

The new rules include a law reducing the amount of time that children can spend in front of a computer while playing video games via the internet to just three hours per week (Ni, 2021), and the ban of online celebrity fan clubs while also regulating lucrative industry of fun merchandise sales (Hu, Khurram, 2021). The new rules are just one step forward in the much more complicated crackdown against domestic tech giants like Tencent or Alibaba (Campbell, 2021). The last 15 years have been largely exceptional for tech companies in China. They had a space to operate in, which in turn resulted in innovations and growth. Now China has clearly demonstrated that this era is over. The regulations of the internet or the “digital” sphere are mostly in recent years used in authoritarian states where governments are seeking total control of the daily life of their citizens. And in order to do so, they have to get control over the tech giants. The new Chinese regulations involve the following:

Limits on gaming and celebrity life

Regulators in China have announced they will reduce the number of hours playing online video games for children under 18 down from 90 minutes a day to 3 hours a week. There will be an extra hour of “gaming time” only during Fridays, weekends and public holidays (Ye, 2021).

The government has also decided to crack down on the celebrity fun base, based on the government’s opinion that celebrities promote a “chaotic” online presence (Feng, 2020).

The argument that the Chinese government is trying to make here is that the regulations are meant to protect children and adolescents. Officials claim: “Protecting the physical and mental health of minors is related to the people’s vital interests, and relates to the cultivation of the younger generation in the era of national rejuvenation” (Goh, 2021).

The Cyberspace Administration of China has published new rules that will place a limit on the artificial intelligence algorithms, which are used by tech companies to rank content in social media feeds (Kharpal, Cheng, 2021). The fact is that these rules would be the first of their kind in any major country to force tech giants to change the way they make a recommendation and how they rate content. In comparison to China, the EU has proposed a law that would force companies like Facebook only to be more transparent about how their algorithms work and to give lawmakers the power to demand unsuitable algorithms to be changed. But it still faces years of legislature process (Satariano, 2020). There is a clear pattern in both mentioned governments to find a successful way to return power from tech companies into the reins of the government. But there is a different approach in the EU and in China to this issue. While within the EU regulators are seeking a way to safeguard individual rights, the Chinese government is aiming directly at the prohibition of individual rights by limiting access to web content containing “Western values”.

The Personal Information Protection Law (PIPL) is very similar to EU’s General Data Protection Regulation (GDPR) but with a much broader area in which the government can operate in the name of “national security” requiring companies that process Chinese people’s data to keep this data in China and at the same time preventing companies from transferring citizens’ personal data abroad. Furthermore what is disturbing is that this law does not restrict Chinese regulators from accessing the data of their own citizens (Lomas, 2021).

A similar law has already created turmoil earlier this year as it has touched the most valuable company in the world – Apple. Since Apple is hugely dependent on China (it has almost 90% of production and a huge customer base there) it had two options. Either to leave the market or again please authorities and comply with the rules by storing users private data inside China mainland, while keeping in mind that by doing this they may have given the Chinese government a key to further pursue its politics of total control over its citizens. Apple has decided to stay in China and comply with the rules (Canales, 2021).

Canales, K. (2021). Apple has stored the data of thousands of customers on Chinese servers and censored apps to please the government that controls most of its supply chain, the New York Times reports. Business Insider. 18. 03. 2021 (https://www.businessinsider.com/apple-data-china-censors-apps-nyt-2021-5).