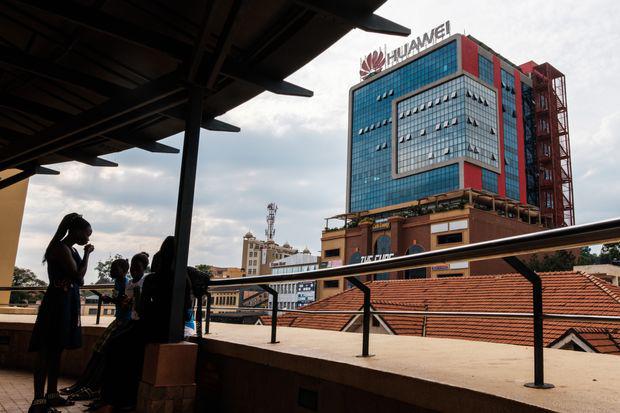 A lot has been written about Huawei, the Chinese tech giant, over the last couple of years since company’s influence around the world started to grow. While the Western countries are very cautious about letting Huawei operate on their territory, African countries welcome Chinese firm despite controversies. This article will examine why Huawei is seen as a problem by Western countries and how its presence affects democratisation in many African countries.

Huawei is an important international player in the field of 5G technology. However, the USA as well as European states are careful to let the company operate on their territory as it raises political and cybersecurity questions. Firstly, the ownership structure of the company is unclear despite being repeatedly asked to explain it (Maizland & Chatzky, 2020). The Western countries still see a potential threat in the possibility that the company is directly controlled by the Chinese communist government as there is an existing suspicion of linkage between Huawei and the military. The United States especially, loudly criticise Huawei for stealing intellectual property that might lead to espionage (Maizland & Chatzky, 2020). Chinese intelligence law is quite weak compared to the one in the US which might lead to Huawei being used for Chinese espionage abroad or to push the company to submit user’s data to the government. Countries such as Japan, Australia or Germany followed the US and implemented some restrictions on Huawei operations on their territory as they consider the company to be a threat to the national security. However, the Chinese tech giant is still successful, especially in countries included in the Chinese Belt and Road initiative (Maizland & Chatzky, 2020). Further, the article will examine Huawei’s success in many African countries which became important Chinese partners in the recent years.

Telecommunication sector is a vital part of a broader Chinese strategy to become Africa’s most important international partner and substitute European Union and the US in the role of the most generous investor and donor. Unlike the West, China does not require much from African government when it comes to political reforms leading to democratisation or adherence to human rights. The country gains from the new international partnership and the new market to export into, so they provide a huge amount of money in humanitarian aid or loans. The success story of Huawei in Africa comes from the fact that China supports the company with concessional financing for countries that choose to buy technology from Huawei (Olander, 2020). Although for some there is no other option since Huawei is the most affordable choice for poor governments compared to European or South Korean technologies. It is therefore very unlikely that African governments would follow the US warnings and stop trading with Huawei and other Chinese tech companies because the West has nothing better to offer (Olander, 2020). Even if African leaders chose cybersecurity over cheap technology, it would have significant implications on the future development and modernisation of those countries.

Allegations about the misuse of Huawei technology by some African governments were made for the first time back in 2019. The suspicion is that Ugandan and Zambian governments were spying on political opposition with the help from Huawei imitating Chinese Communist Party techniques (Marks, 2019). Although both Huawei and the concerned governments denied these accusations, it raises a lot of questions about future of democratisation in many African countries as they can be guided by China to use similar techniques to deal with political opponents and control citizens via technology provided by Huawei and other Chinese tech firms. The Chinese government has publicly declared the idea of cyber sovereignty (Marks, 2019). In simple terms, it means that the state is able to control the use of the internet and possibly censor everything inconvenient for the regime. The Censorship like this might completely ruin opposition and civil society in the already unstable transitioning democracies.

The concerns about rising technological hegemony of Chinese firms on the continent pose questions about cyber security and surveillance. Huawei itself has built 70% of 4G networks in Africa and are set to build the next generation of 5G (Meservey, 2020). If the accusations are in fact true, the African governments might be suppressing other political opinions. Spying on political opponents via their mobile phones and knowing all of their steps using data collected by Huawei allows them to make pre-emptive measures such as arresting or dispersing demonstrations (Parkinson, Bariyo, & Chin, 2019). The Zambian government even admitted working with Huawei on taking down internet posts and websites written by opposition, claiming them to be fake news (Marks, 2019). But surveillance is not only directed at political opposition but on regular citizens as well since some states are implementing CCTV technology with facial recognition, although officially they are used to tackle crime. However, it is not only the African governments spying on their citizens. China itself is using the infrastructure it helped to build to spy on African counterparts. There have been accusations of spying on the African Union headquarters in Ethiopia with technical equipment built in the residency that was built by a Chinese construction company as a gift from the Chinese government (Meservey, 2020).

Wall Street Journal first informed about potential misuse of technology for spying in Uganda in 2019. An article based on civil society activist’s and former civil servants’ testimonies showed that Ugandan government uses CCTV cameras as well as mobile phone data to spy on political opponents, namely popular singer Bobi Wine (Parkinson, Bariyo, & Chin, 2019). Bobi Wine run for presidency in January 2021 election and lost against the president Yoweri Museveni who won for the sixth time in a row. The election results were allegedly rigged. Bobi Wine was among those, who repeatedly pointed on surveillance network created by the Ugandan government with the help of Huawei experts to monitor activities of political opponents by means such eavesdropping or hacking into phones and obtaining private conversations (Parkinson, Bariyo, & Chin, 2019).

Ugandan police confirmed that they buy CCTV equipment from Huawei, however, it is not officially confirmed whether this technology uses same artificial intelligence components as those used in China that are capable not only of facial recognition but also to check social media of observed person (Kafeero, 2020). Uganda is set to buy even more of these technologies from Huawei. Local human rights activists are warning against further misuse of these technologies, as they are installed everywhere across the country, even in the poorest parts, where there is often not even clean water or electricity for ordinary citizens. In addition, it is obvious that the network of surveillance is expanding pretty quickly since all of the new infrastructure like buildings and junctions are equipped with cameras as part of a construction contract (Parkinson, Bariyo, & Chin, 2019).

Uganda is just one of the countries whose ties to Chinese tech giant became stronger in recent years. However, direct evidence of the Chinese government or political figures being involved or knowing about these activities in Africa does not exist. Even if African politicians are creating this surveillance networks to threaten opposition on their own with help of private tech firms, it is endangering the democratic development and human rights adherence.

Meservey, J. (2020). How China has been USING Huawei-Made cameras to spy on the African union headquarters. The Heritage Foundation. 23. 12. 2020 (https://www.heritage.org/africa/commentary/how-china-has-been-using-huawei-made-cameras-spy-the-african-union-headquarters).